I already wrote a post about the costume traditionally worn on the island of Marken a while back. My dance group has a large collection of traditional costumes for performances, and Marken is included in this collection. I have to wear this costume in a while, so I already took it home and had the opportunity to show the different layers a costume is composed of. Every aspect of such a costume was important, and when the whole thing is worn together it can be difficult to still see the separate garments. I photographed all pieces on my dress-form, just to give an idea of the amazing amount of detail which went into the clothing!

The firs piece of clothing is a shirt, which is usually called the ‘Mouwen’, which means ‘sleeves’. This is because only the sleeves will actually show when the whole costume is worn. This is also why the main part of the shirt is made out of a different (cheaper) fabric. Nobody would see it, so why bother? The sleeves are made of a white/red striped fabric, as well as a small piece over the shoulder because this will also show. The sleeves are somewhere between long and 3/4 length and have a small split at the end.

Next up is the under-skirt. This skirt is made of a very specific striped fabric, with orange, blue, green, white and yellow stripes. The same fabric is used in the over-skirts in the town of Volendam. The skirt is made of wool and the fabric is pleated onto the waist-band. It reaches to about mid-kalf. There’s also a slit with the pocket in this skirt. The pocket should be placed so that the pocket-slit of the over skirt falls in the same place (on these photo’s I put the under-skirt on wrong, sorry).

Next is the bodice, (which can also be worn under the underskirt) which is a lightly-boned underbust type of corset. It’s not meant to be laced tight, but just for decoration and a bit of support. I suspect that it’s a left-over of Victorian clothing in this costume,  although I’m not entirely sure. The bodice is made of black wool and embroiderd with flowers (can be tulips as in this one, but also roses for instance). Colors can also vary, with orange being worn mostly on queens/kings-day, and darker (blue, purple) colors being used for mourning. The bodices are (of course) completely hand-embroidered and they lace in the front.

After this comes the over-skirt. Again made of wool, black this time with the hem and pocket bound with red. The skirt has cartridge-pleats at the sides and back and lies flat in the front, where it also closes. (an apron will cover the gap). The pleats extend quite far down, which gives a lovely effect.

Over the bodice, a jacket is worn. The front is of red wool, the back made of silk varying from blue to brown/green colors. It closes with hooks in the front. Over this jacket, a piece of fabric is pinned, called the ‘beuk’. It’s usually a bright, flowered fabric and is just pinned on with safety pins.

An apron is worn which coveres the gap in the front of the skirts. It’s made of blue cotton with a red checkered top. There’s a bit of lace separating the fabrics (look at those little ducks!). The fabric of the apron is kept tightly folded so that there’s a square pattern of folds in the fabric. So no, I didn’t forget to iron it, it’s supposed to look like this.

Finally, a ribbon is attached with hooks to the apron and wrapped around the waist. The end is attatched with a safety pin.

The head-piece consists of multiple caps of both lace and flowered fabric (the same as the beuk in this case).

And a picture of the whole costume put together! 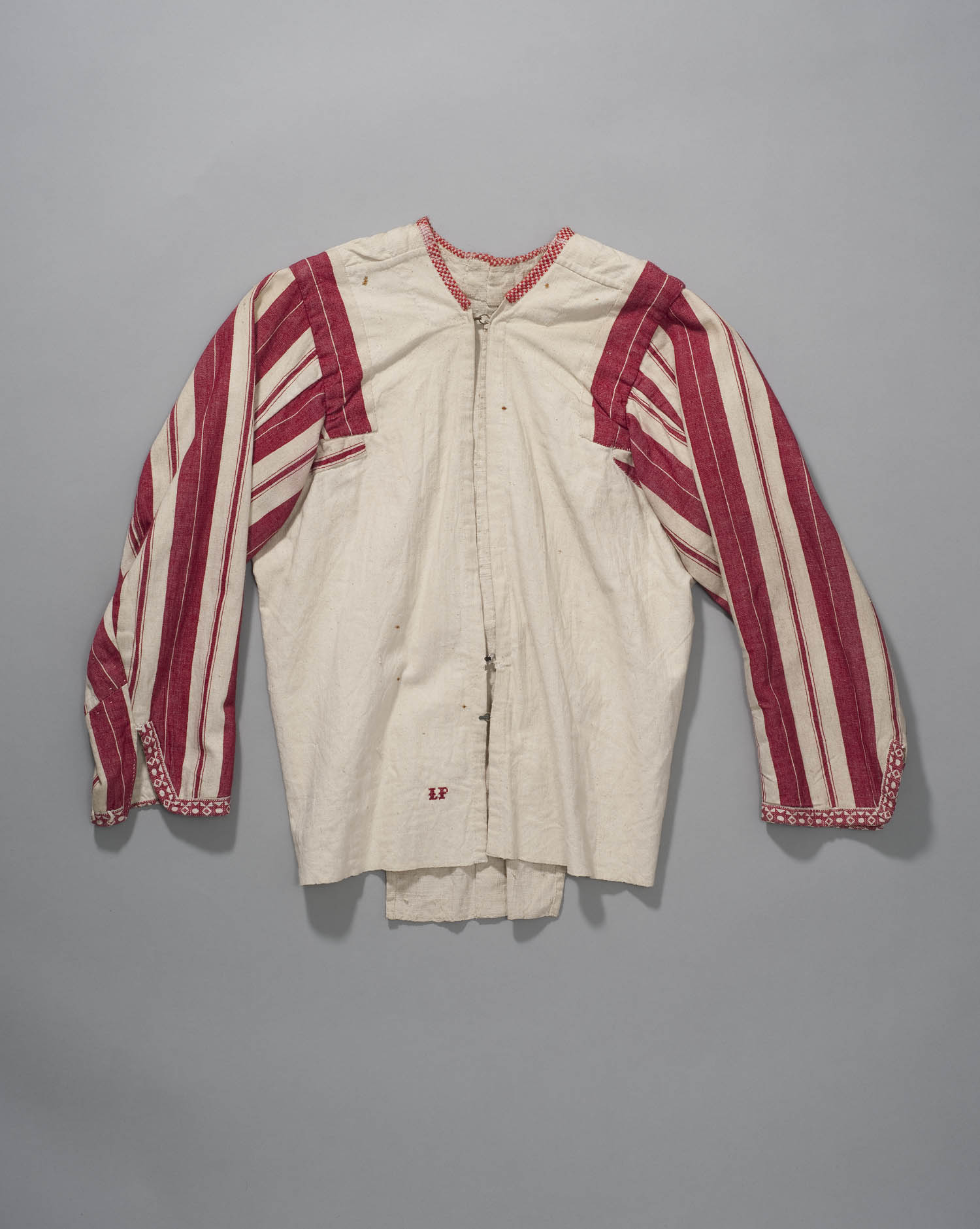 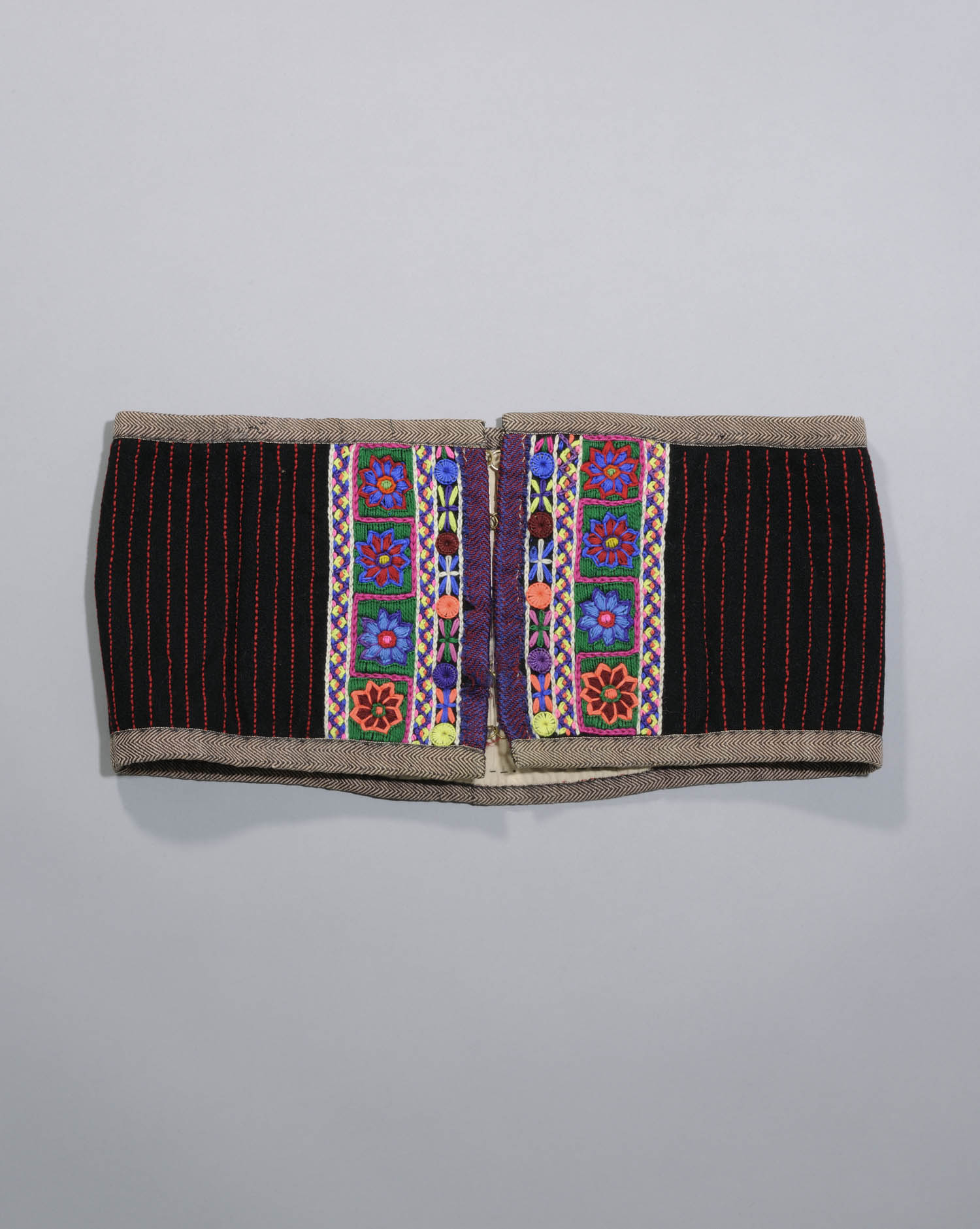 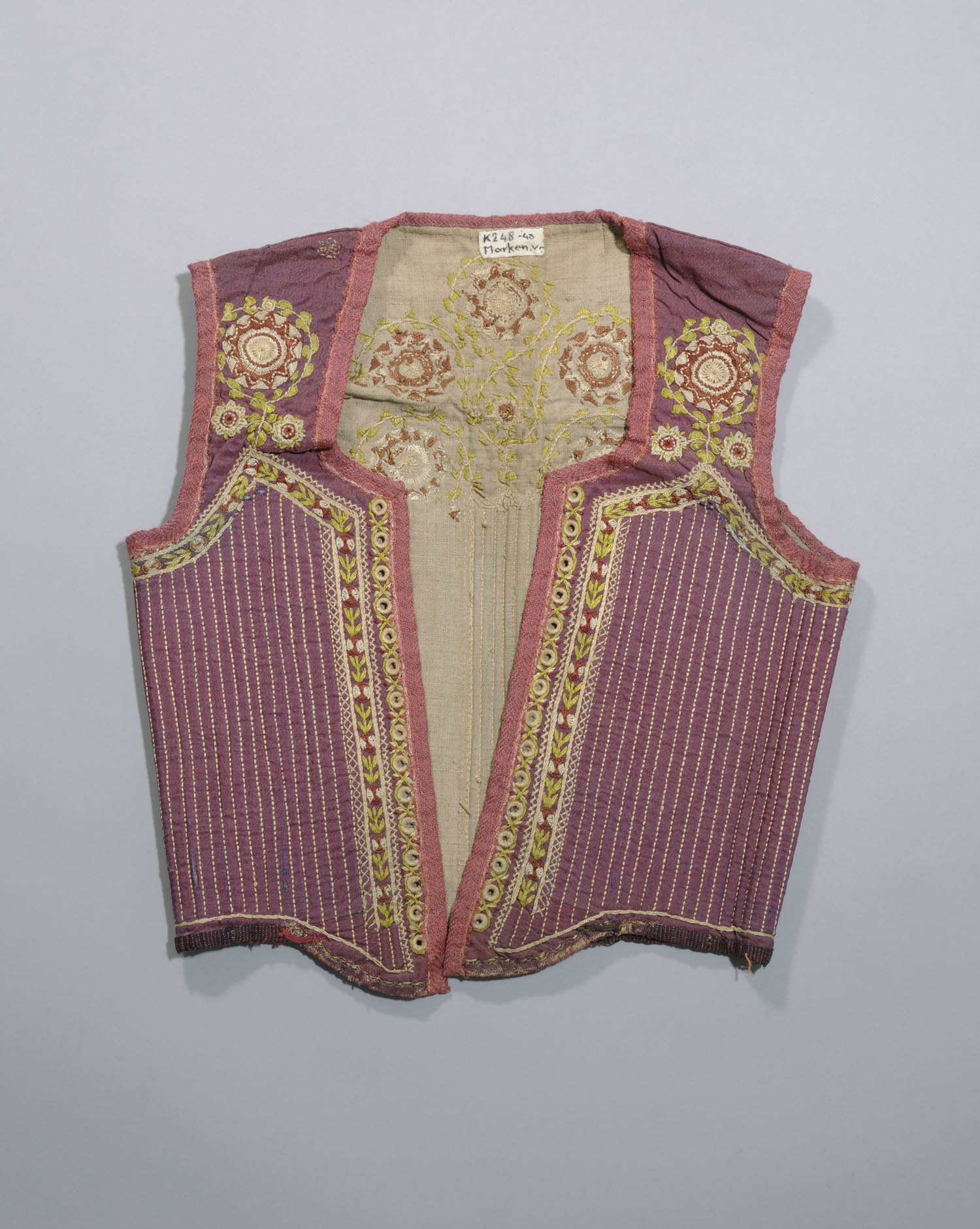 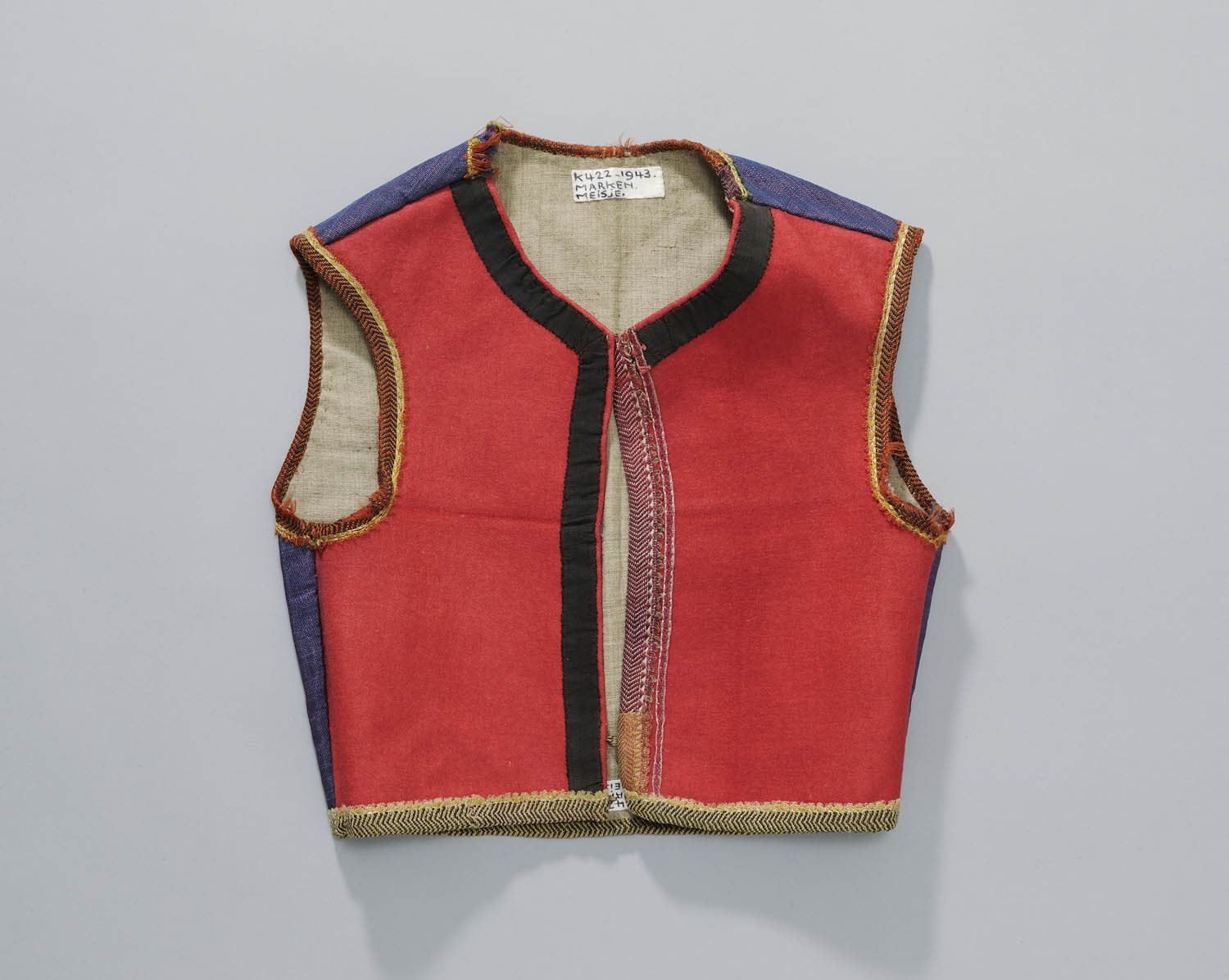 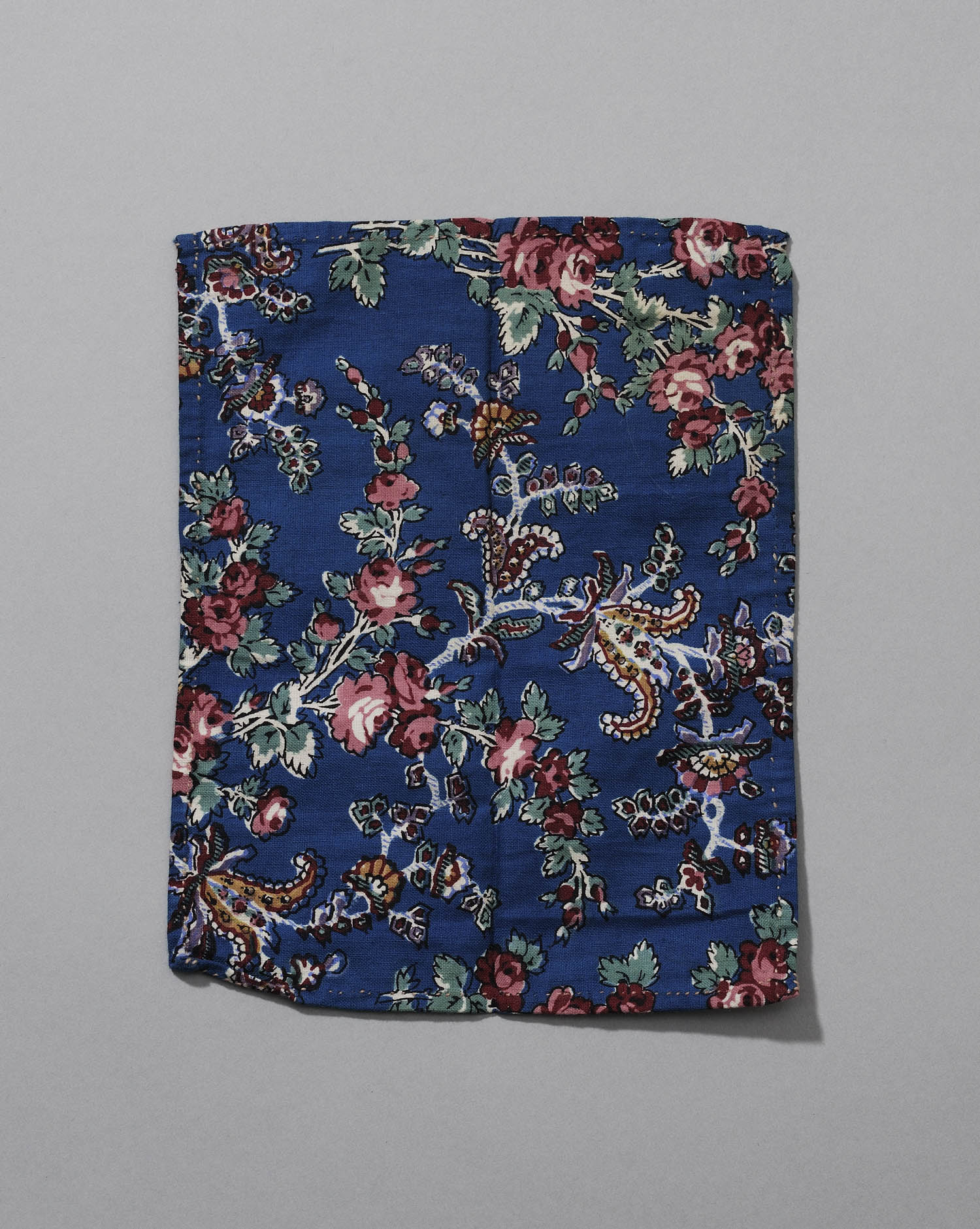 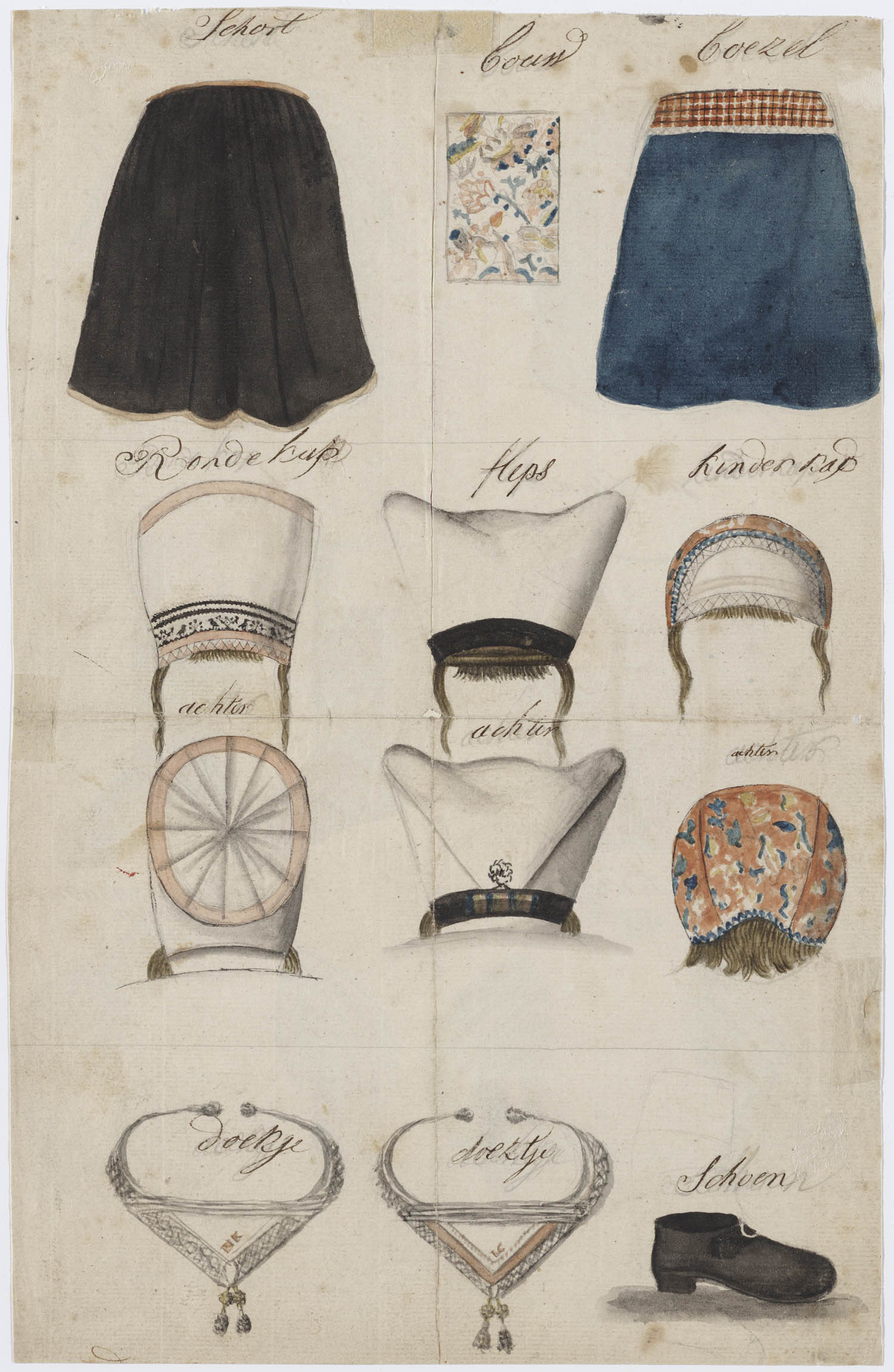 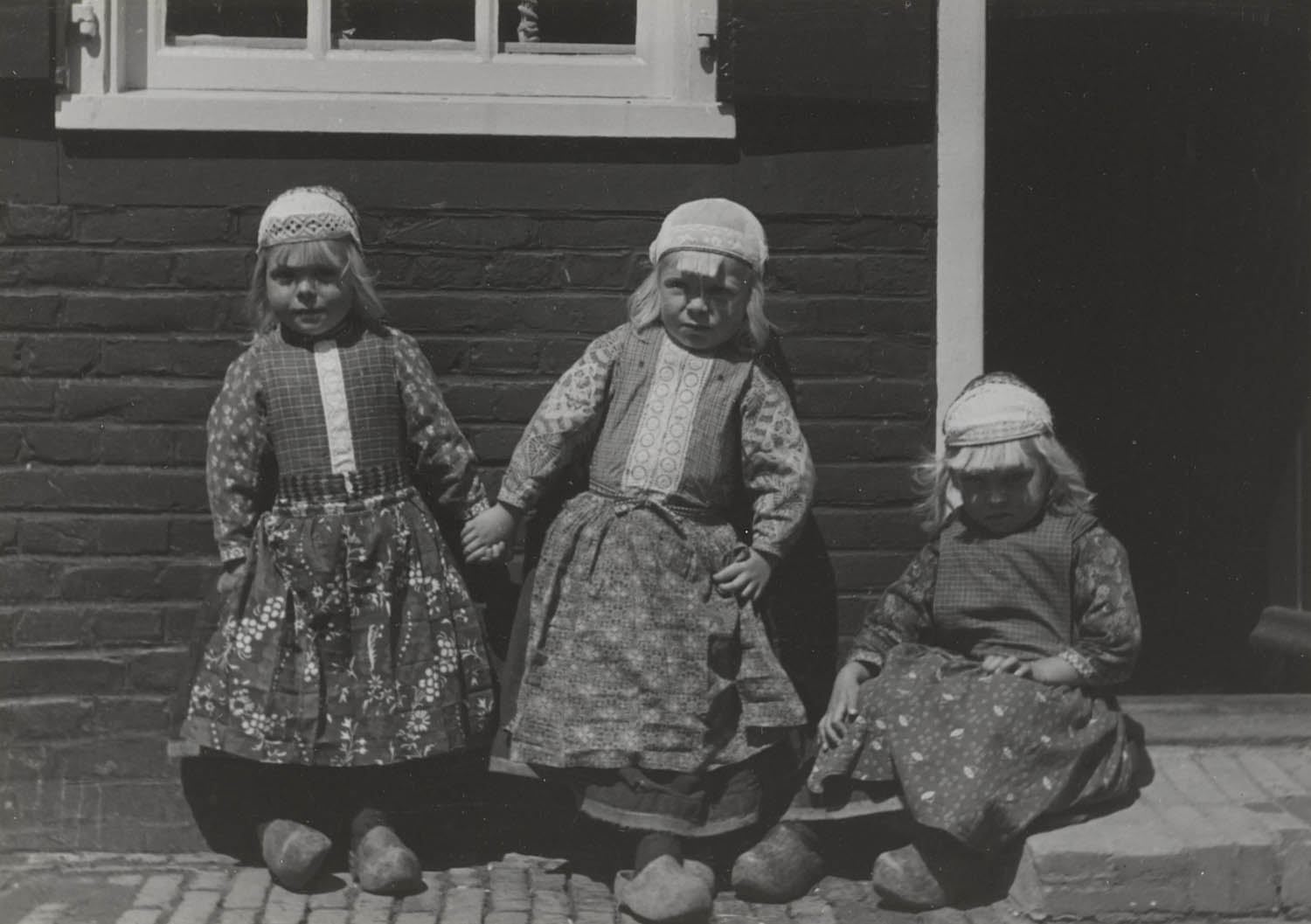 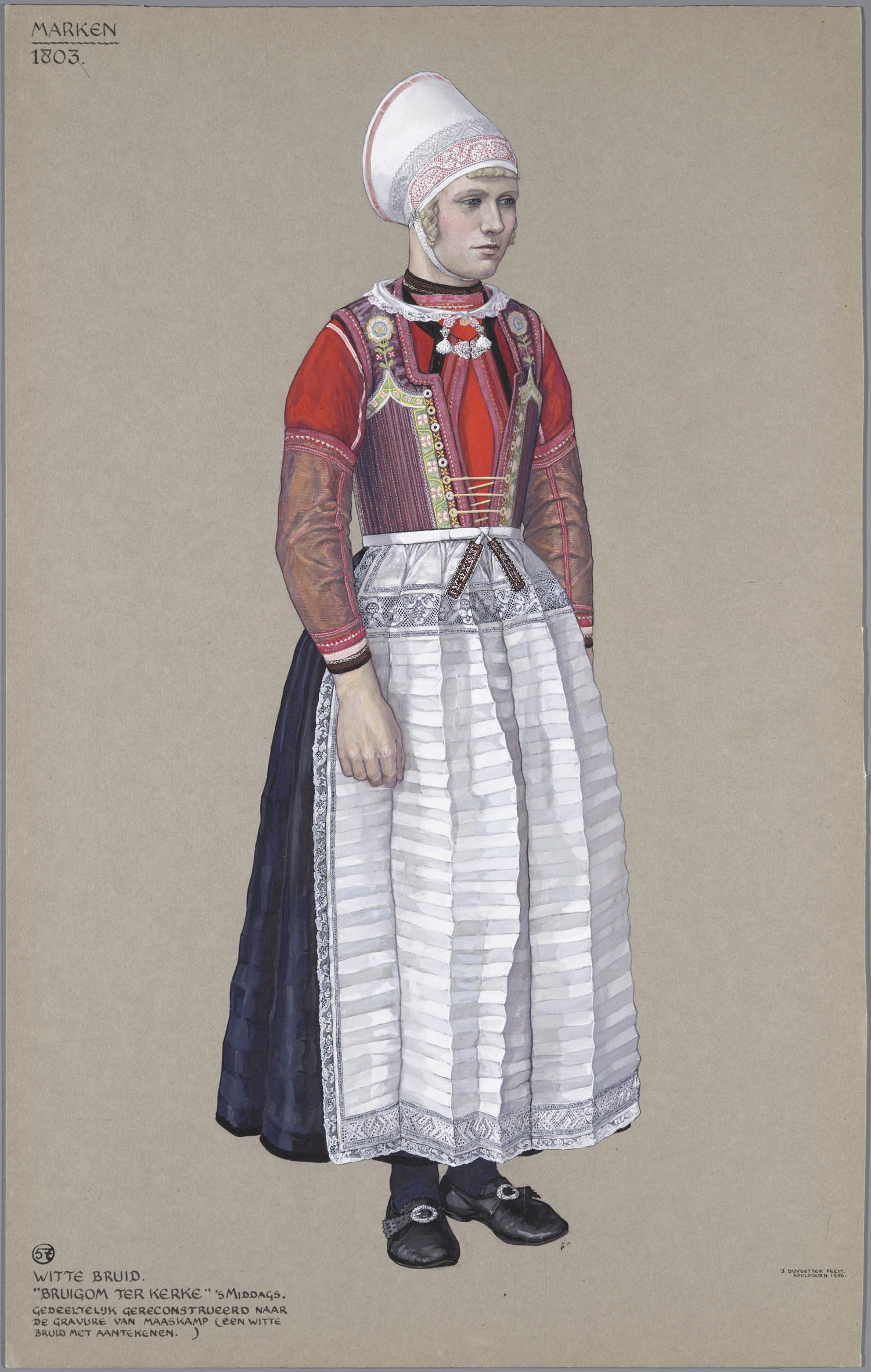 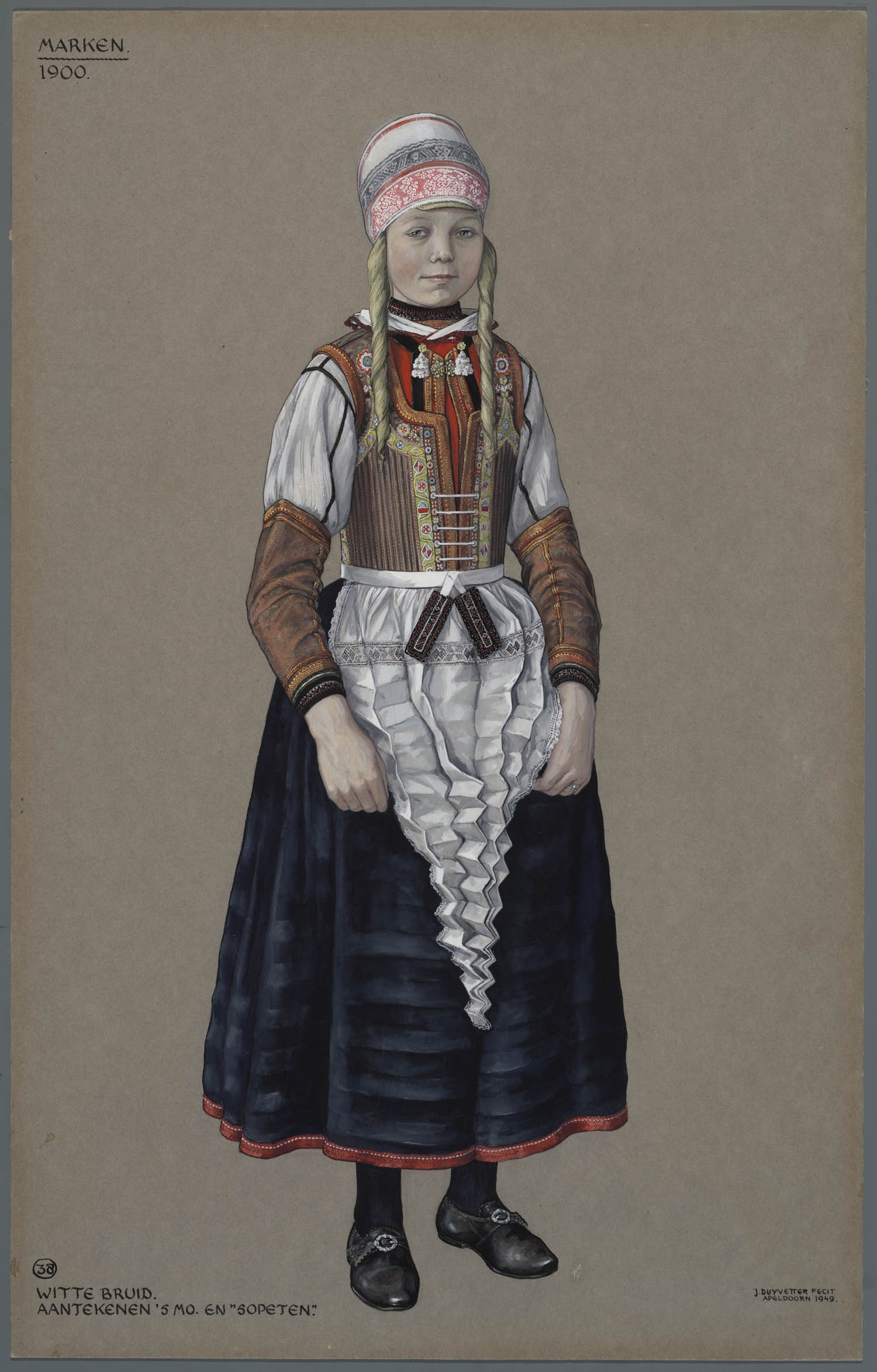 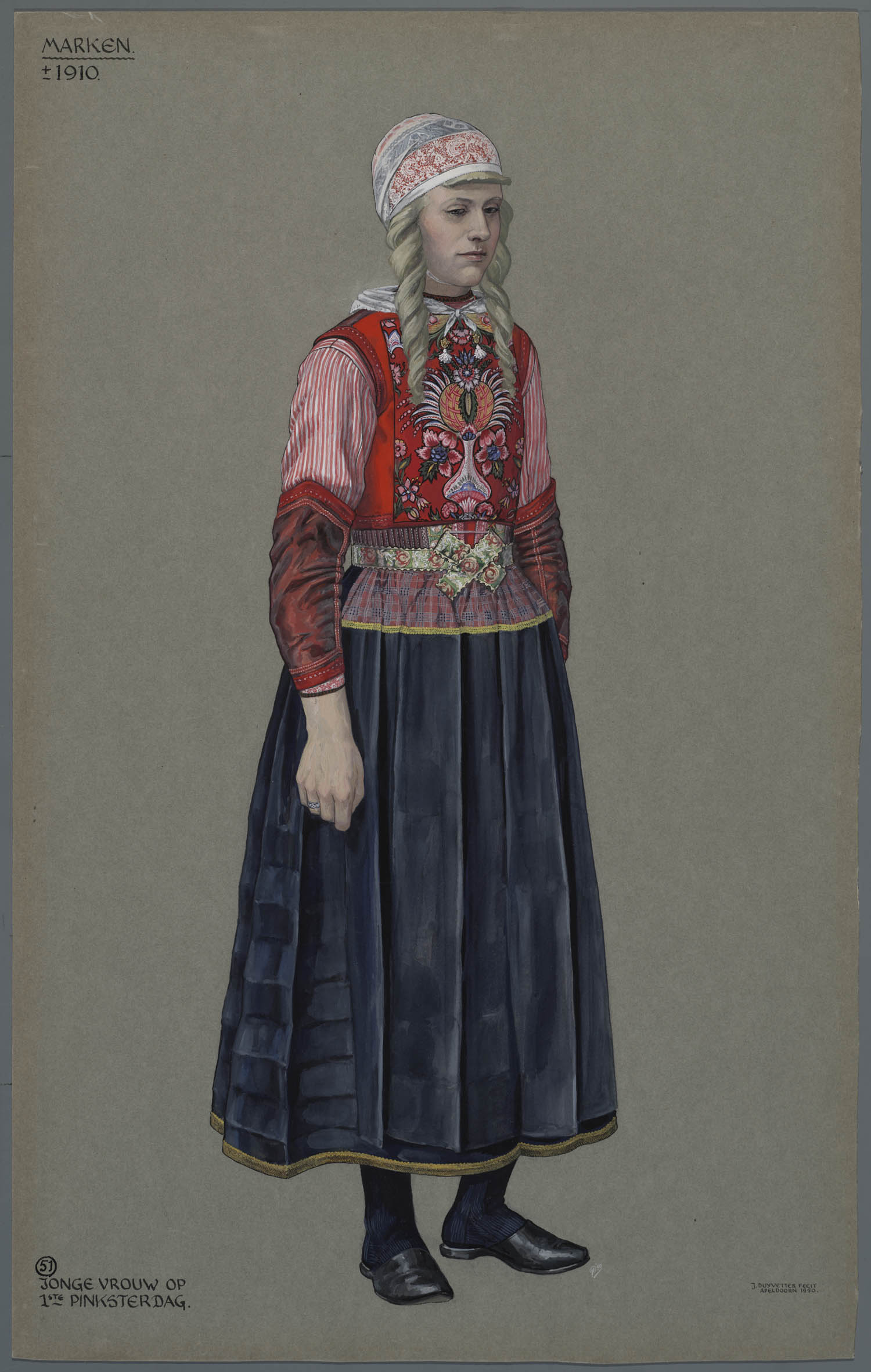 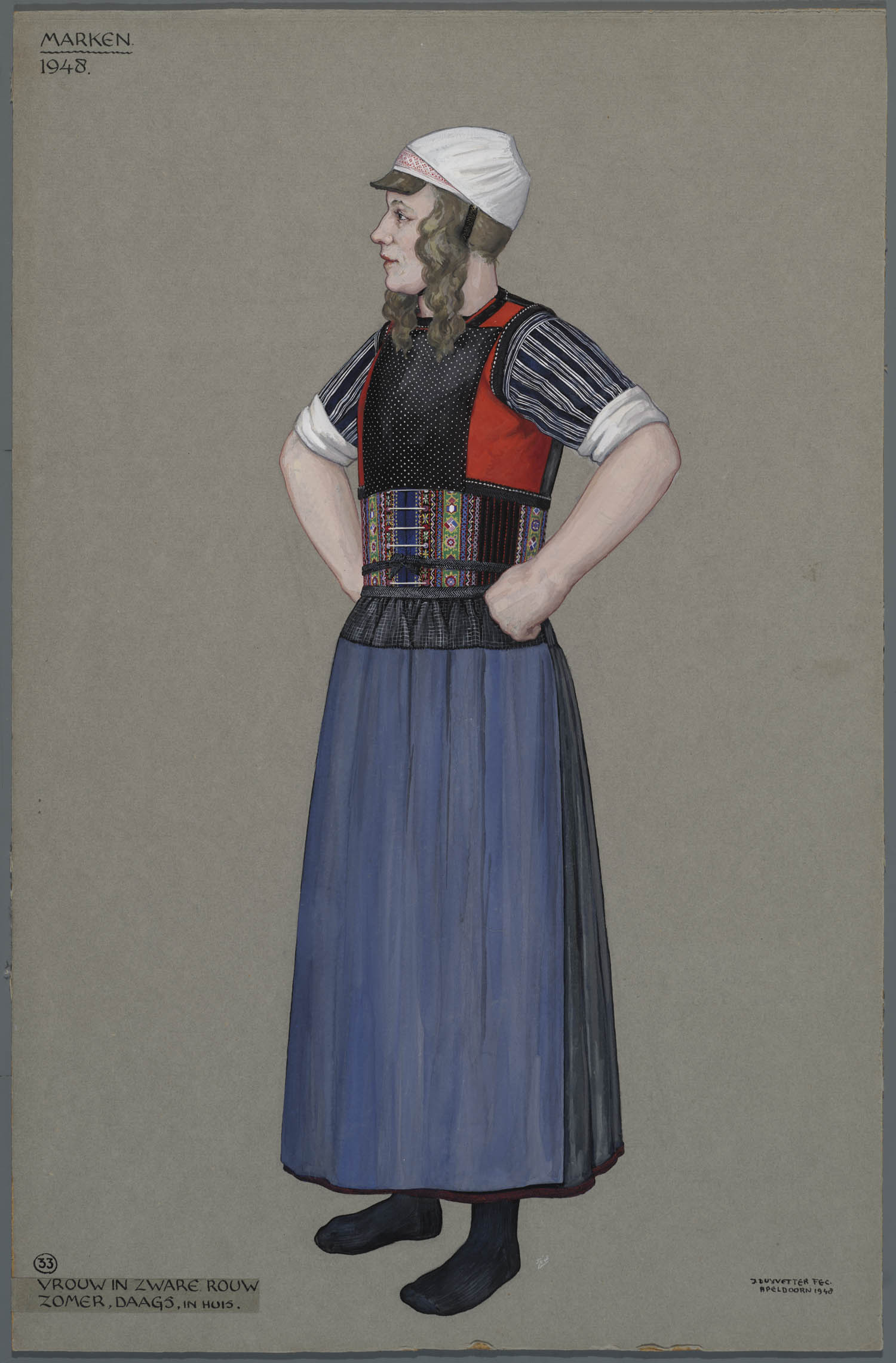