Five years ago, I seriously started with historical costuming. This was in the summer of 2013. Then, in November, I decided to also start a blog. To keep track of my own progress, share what I learned along the way, and provide a platform to interact with other costumers.

My first ‘big’ project, worn for a ball this summer: 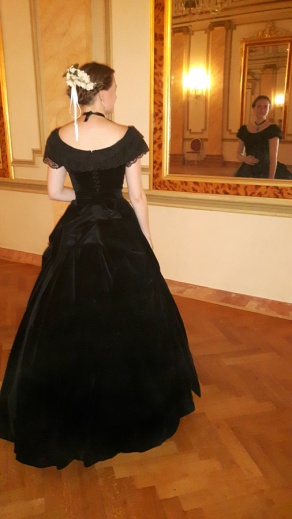 I’ve learned so much since then, made costumes I could only dream of at first, and have gotten to know a lot of people through this hobby. I have noticed as well that some of the activity which used to be in blogs has now moved to Facebook and Instagram. I love those as well, for sharing in groups, and quick progress images, but I’ve never considered giving up on the blog. I’ve learned so much from reading blogs by others, and the written medium just gives more opportunity to explain choices and steps taken, which I think is very valuable.

And my last project, at a salon this autumn: 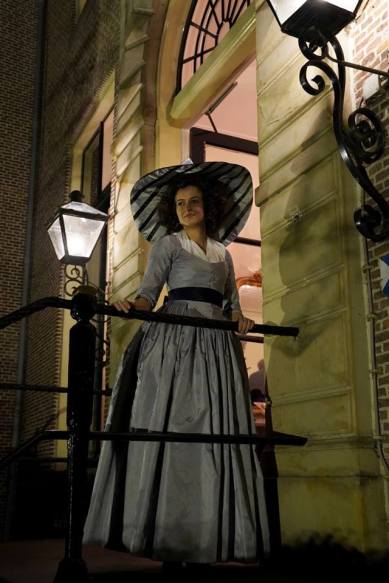 For this post, 5 things I’ve learned in the past 5 years, in no particular order

A rare example of a girl’s dress in very rough silk. Don’t take this as evidence that raw silk was used often, but it does show that it was, at least on some occasions. (from the Bayerisches Nationalmuseum)

The ‘corset elastique’. Named a ‘corset’ in contemporary sources, but it might very well be an outer garment as well!

Patterns of Fashion 5 is such a lovely book because of how much it teaches you about originals and how they were made. Much more than you could ever get from looking at pictures only

A picture from our second Victorian ‘picnic’. We’ll definitely be doing more of these in the future.

It took me about 2 months to pleat this skirt. Not because it was so difficult, but because life was busy, and I didn’t feel like it. And that’s okay too, and I know I wouldn’t love the finished product as much if I’d forced myself through it.