I recently found a couple of wonderful shops in the town where I live, and picked up a couple of lovely things. In addition, I also recently went to a lace-museum and an accompanying 2nd hand sale where I found more goodies. So for this post, lovely things!

In the first antique shop I entered I found a lace cap which is worn traditionally by women in Volendam, and called a ‘hul’. It’s part of the most classic of Dutch folk costumes. The lady running the shop didn’t know what it was (called it a farmers cap), but I’m pretty sure its from Volendam. Given my love for traditional costume, I just had to add it to my collection. 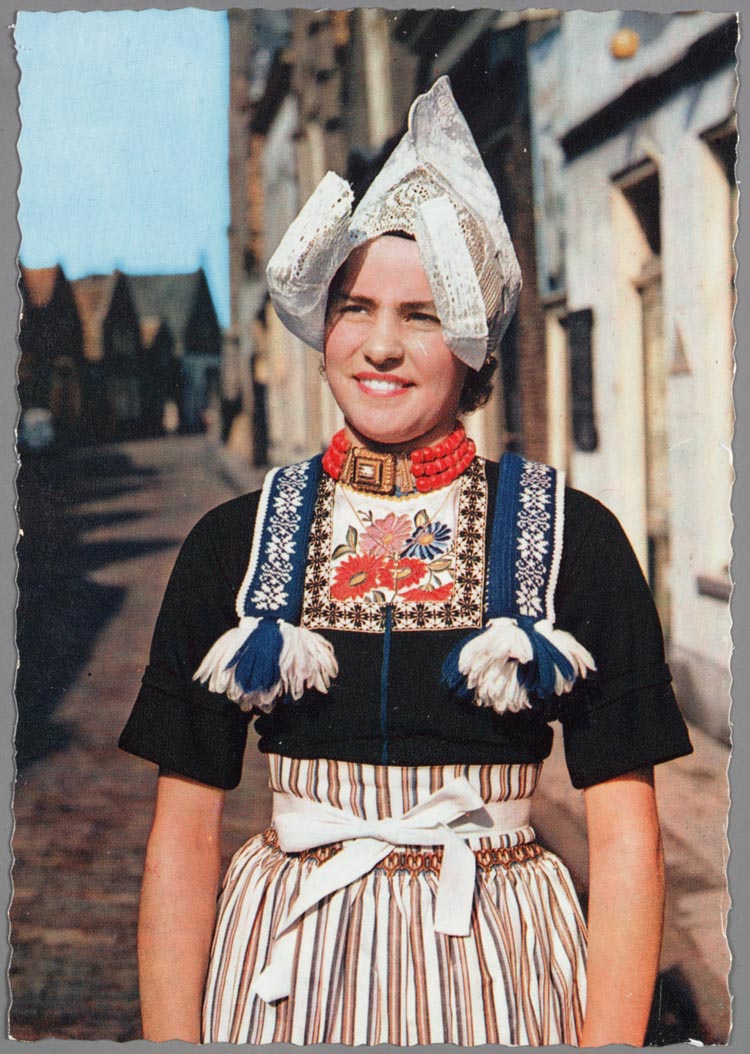 Most recent (and iconic) version of the Volendam costume. (photo from the 1950’s, but due to it getting extinct it hasn’t changed anymore since then) 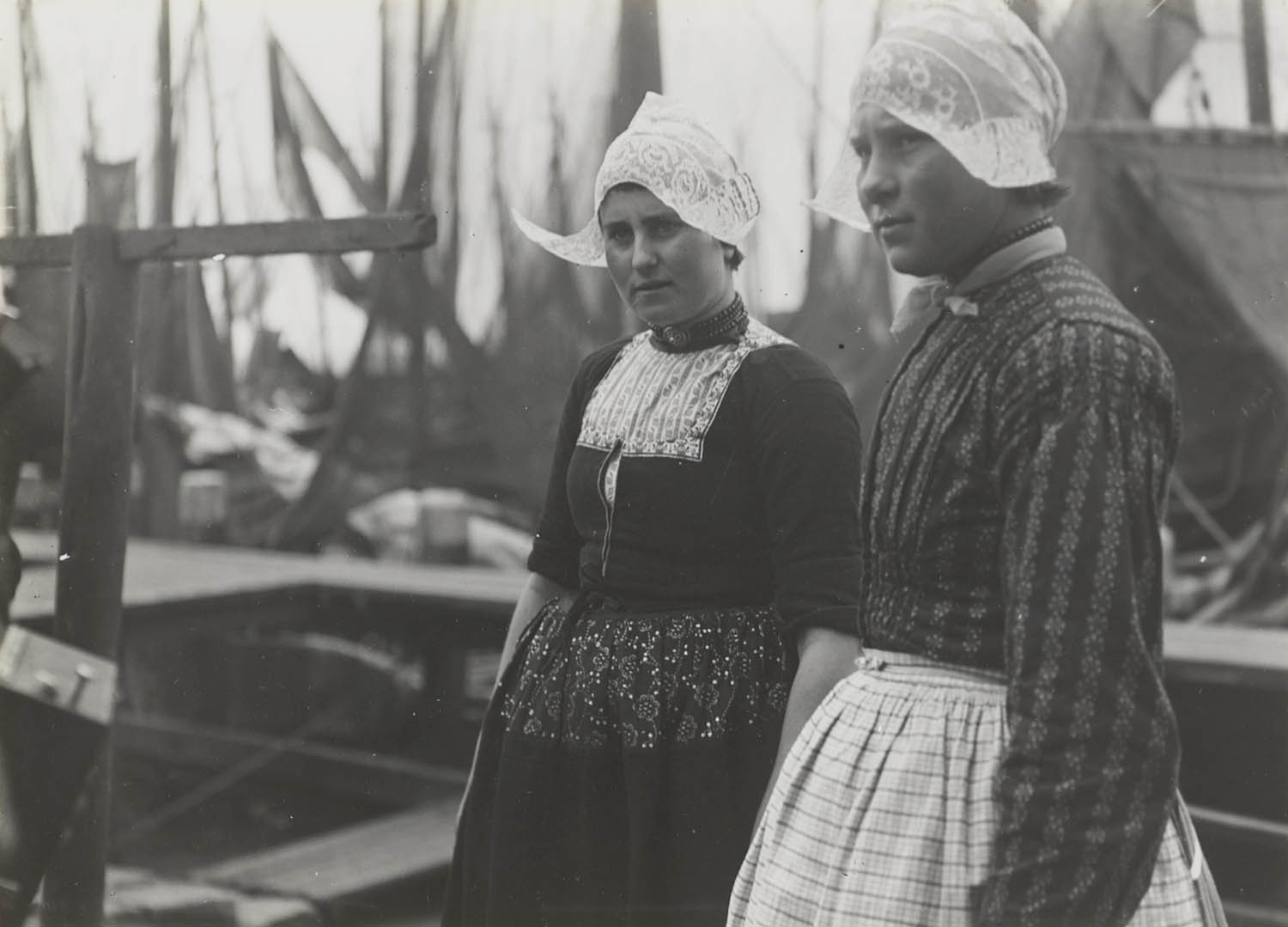 1926. This is an older version of the costume. You can see that the caps are smaller (less pointy) and the ‘wings’ are slightly different.

This is mine. I think it’s a bit older than the 50’s one, judging from the photo’s above.

The shop also sold a lot of old lace, and I couldn’t resist. So I picked the prettiest. I haven’t checked how much is on the spool, but it looks like plenty.

The second shop I entered had these lovely vintage gloves. Gloves are usually too big on my as I have small hands, but these fit me!

The lace museum I visited was really lovely. They had a lot of old mechanic lace machines which were also demonstrated by the guides. The cotton-machines were bought second-hand in the 1920’s, and they still run! The museum-shop also sold the lace made on their machines, and I couldn’t resist buying some of it. So it’s not antique lace, but it was made with antique mechanical machines, so completely historically correct!

Nylon lace machine. The number of needles and threads on this thing is astonishing.

The lace I bought, made on a machine as in the photo above:

Next to the museum, there was a small 2nd hand market selling things to do with sewing, embroidery, knitting, lace making etc. I found these two spools of lace. Not the best or prettiest I’ve ever seen, but they cost me a whole of 2,00 euros each. I can think of something to do with it for that price! Maybe I’ll make a skirt with a double row of lace at the hem… Anyway, there’s plenty of it!

They also had a lot of old sewing magazines. Most were from the 90’s, 80’s and late ’70s, but I found three from the early 60’s! They cost 25 cents per magazine… (the prices at this market were almost ridiculously low, it was very busy!) They have a lot of great images, and some patterns are included. Only in one size though, so there’s 2 patterns in there which might fit me. They’re both great though, so I’ll definitely have to try them! Some of my favourite pages:

The covers! I like how weird the first one is. I don’t think many fashion magazines today would have their models pose with a banana that way…

The right dress has a pattern

This one also has a pattern.

I was walking through the city after work recently and stumbled on an antiques market. I don’t really go to the market a lot, but I should do this more often, as it was great! I found a couple of small treasures.

The first one was this flower hairpiece. The comb and flowers are all plastic, so it’s not that old but I was immediately put in mind of 1860’s style hairpieces. I don’t have anything to wear it with (as my 1860 dress is black), but who knows…

Along with the hairpiece were some black ostrich feathers. Again, I don’t know what I’ll do with them yet, but they’re pretty, so I’ll think of something!

Just when I’d decided that I wouldn’t buy anything more I didn’t know what to do with yet, I stumbled upon antique lace… I couldn’t resist, so I now have 7 meters of this very pretty lace. It is telling me it wants to be an Edwardian blouse, but I’ve never done anything from that era, so who knows. For now, it’s just pretty to look at.