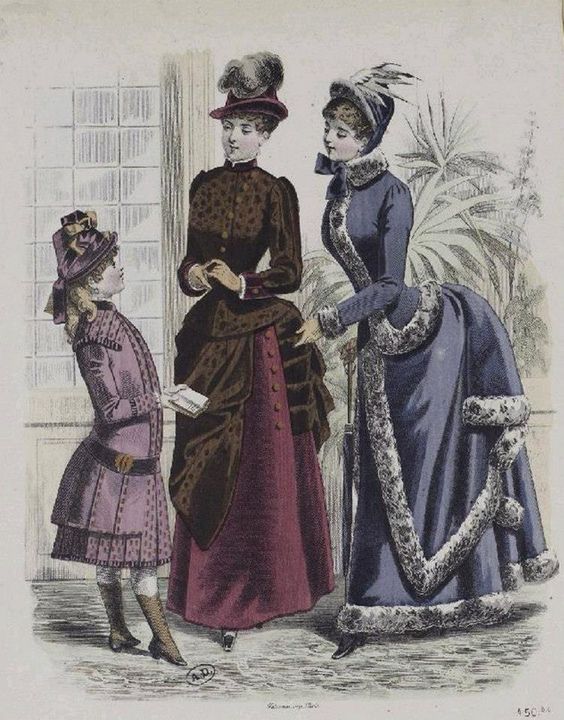 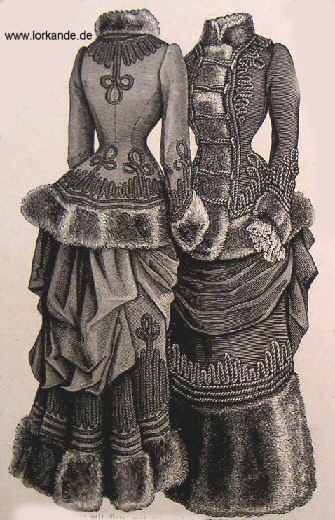 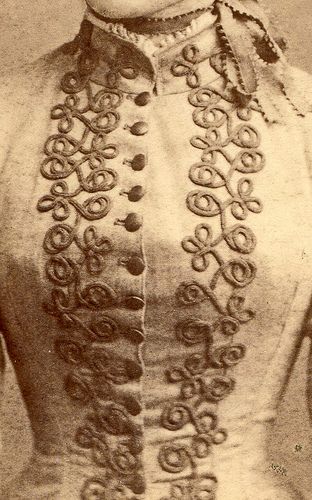 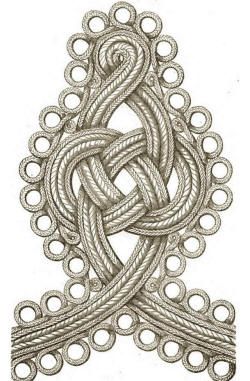 I know, it’s the middle of July, and where I am it’s the middle of summer. Despite that, I’m doing a post with pictures of winter bustle dresses. The main reason is that I got new shoes! American Duchess was having a sale, and I couldn’t resist, and I got the Victoria carriage boots. They’re black winter boots with bows in the front, and I really love them. It’s quite difficult to find proper warm winter boots that look good underneath a skirt, so I splurged, and suspect I’ll wear them quite a bit out of costume as well!

Of course, having Victorian winter boots got me dreaming about wool and fur bustle dresses. So now I want to make one. I have a lot of fabric for other planned projects though, so who knows if and when that’ll happen, but until then, inspiration pictures! There are also some beautiful examples from the 1880’s. Aside from these colored plates, I also found some black-white examples. I particularly love all the braiding on the first one.