I’ve mentioned a couple of times that my next big project will be a late 1830’s dress. As this is a completely new period for me, that meant new underwear! 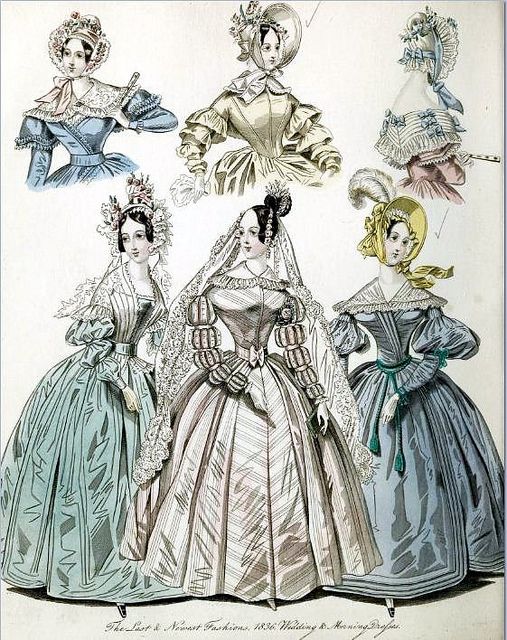 You don’t get a shape like this without some help! (The World of Fashion and Continental Feuilletons 1836 Plate 23)

The 1830’s see the rise of the big round skirt. It’s before cage crinolines were invented, though, and so the silhouette was achieved through many layers of petticoats instead. This was made a little easier through structuring the petticoats, making them stand out. Most noticeably, through running cords through petticoats. The cords stop the fabric from folding up, and so the skirts stand out more. Add starch, and a couple of extra layers on top, and you get a pretty big skirt! 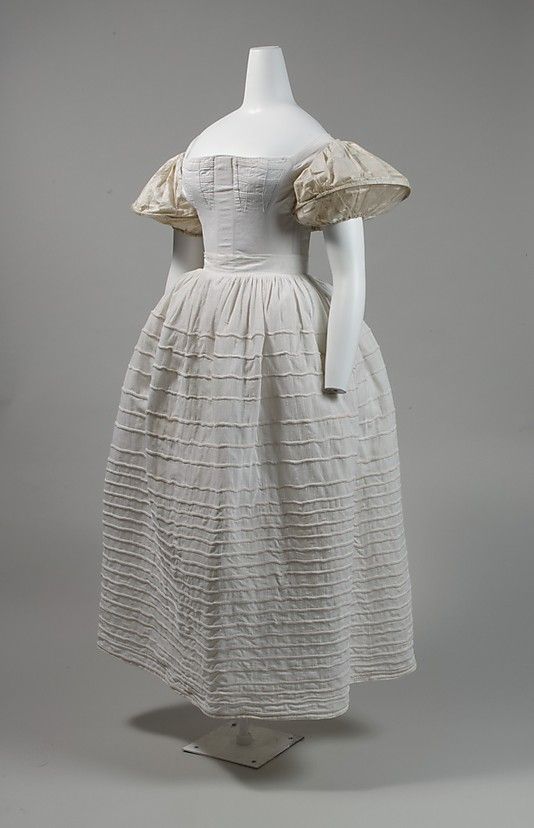 An existant petticoat from the MET museum

For my corded petticoat, I roughly followed the guidelines in Izabella Pritcher’s book the Victorian dressmaker. I found fabric which was 3.2m wide, and decided to just use the full width. This makes my skirt on the wide side, but I figured I might be able to wear it with 1840s as well this way (as the skirts keep growing!). I cut the whole skirt in a double layer, so it’s two layers of fabric. The cords are then stitched between these.

I did get neater as I got along…

I started with 5 rows, and then did another 5 rows. Above that, I switched to 3 layers, all the way up to my full hip. There’s no ‘rules’ for how to cord your petticoat, although more on the bottom than at the top, and stop at hip-level seems to hold for most existent petticoats I’ve seen.

The seam to the side. Extra stitches along side to keep the cords in the seam allowance flat

I ended up buying not nearly enough cord, and again the second time, and the third, so I think I’ve got at least 4 different types of cord in there. All roughly the same size though, so it truly doesn’t matter. What I’ve learned: you need a lot of cord for these! I did 28 rows in the end, for 3,20 wide fabric, so that’s almost 90m of cord…

I’ve heard a lot of horror stories about cording, but I actually quite liked the process of making this. I just did a couple of rows in the evening, not trying to finish it all in one go. It helps that cording is about the most mindless activity in sewing you can think of, and after a full work day of focusing that was actually pretty nice.

I hope to make at least 2 more petticoats to go on top of this one. Maybe one other with just a couple of cords at the bottom, and pin tucks. And at least one ‘prettier’ one with tucks and lace to go on top.

First up for this project is a new corset though, stay tuned for that!