At the beginning of the year, one of my goals was to visit more costuming events. So far that’s been quite successful, I’ve already been to three historical balls, which is two more than last year!

However, I figured that I could, of course, also contribute myself by organizing something. I needed to be relatively easy to organize due to time, so I settled on a picnic. And, as there seems to be a bit of a lack of Victorian events, it became a Victorian picnic!

The location was the castle de Haar, where I’ve been a volunteer for years. Having contacts at the location helps for letting them know of your plans, as just showing up with a group in costume isn’t always welcome. With advance notice though, we were welcome to picnic in the gardens!

It’s a very beautiful place, the castle was rebuilt from a medieval ruin around 1900, and the gardens stem from the same time. 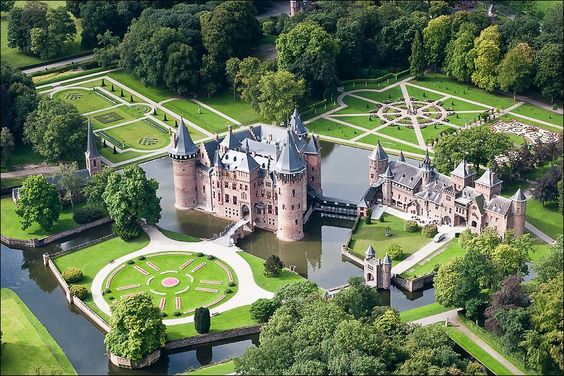 We held the picnic halfway through August, and were quite lucky with the weather. It’s been very hot all summer, and right before and after the weekend there was some rain. However, on the day itself, it was a bit overcast but dry, and overall, the temperature was comfortable.

We’d decided to include the 1830’s as those often get lost between the Regency and Victorian era, and we nicely spanned the whole time period. Everyone looked really wonderful!

And some representation of the very end of the century.

Everyone brought some food, we chatted, some walks were taken, and even some tennis played.

At the end, a group also decided to visit the castle as well, which was a perfect closure of the day.

Also, Nikki made a vlog about the day, which you can find here!

Thanks to everyone who came for the lovely day, everyone looked fabulous!