One of my most concrete plans for 2018 is to make an 18th century round gown. As this is my first round gown, and simultaneously my first 18th century dress, I’ve been doing some visual research (aka: spend too much time on pinterest).

One of my favorite round gowns, and one of the inspirations to use damask for my own project. (Mine will be silver, as that’s what I have. This green is stunning though!) 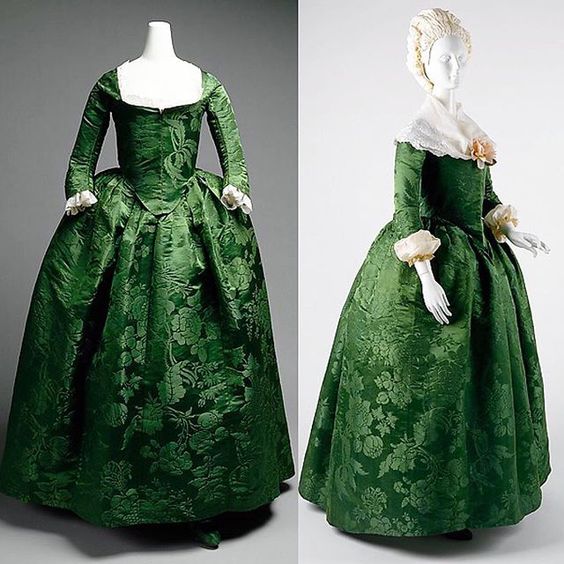 First, a brief definition. (I’m not a terminology expert, nor an 18th century expert, but this is what I believe ’round gown’ is mostly used for.) Quite simply put: a round gown is a dress with a full (’round’) skirt, of which the front is not attached to the bodice. You might say: don’t all dresses have a full skirt? But in the 18th century, most dresses were actually open in front, and had a (sometimes matching, sometimes not) petticoat underneath which shows in the front. The round gown is an exception to this ‘rule’. A round gown is different from most ‘later’ styles of dresses, in that he bodice is attached only to the back of the skirt, while the front of the skirt has ties and is attached underneath the front bodice with ties. The sides of the skirts have slits to allow for getting into the skirt. I’m using the term as applied to 1770’s and 1780’s gowns mostly, as the changing fashions in the 1790’s also seem to broaden the definition of the term.

Because pictures are clearer than words sometimes. This is a round gown: 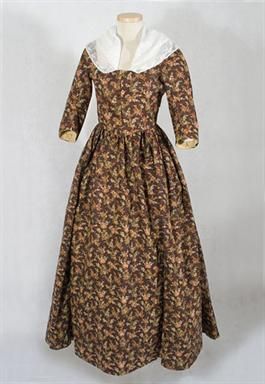 A bit difficult to see, but there’s no separate petticoat. This image shows how the front of the skirt is not attached to the bodice, while the back is. 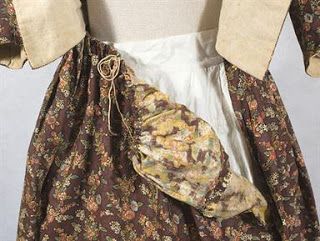 I’ve seen examples of round gowns both with a pleated back (pleats stitched down), or with the (later) seamed back style. For my own dress, I’ll probably go with the seamed back, as that’s quite a bit easier to do.

Time for some more inspiration! Most round-gowns are relatively simple trim-wise, and there’s quite a number of chintz examples. 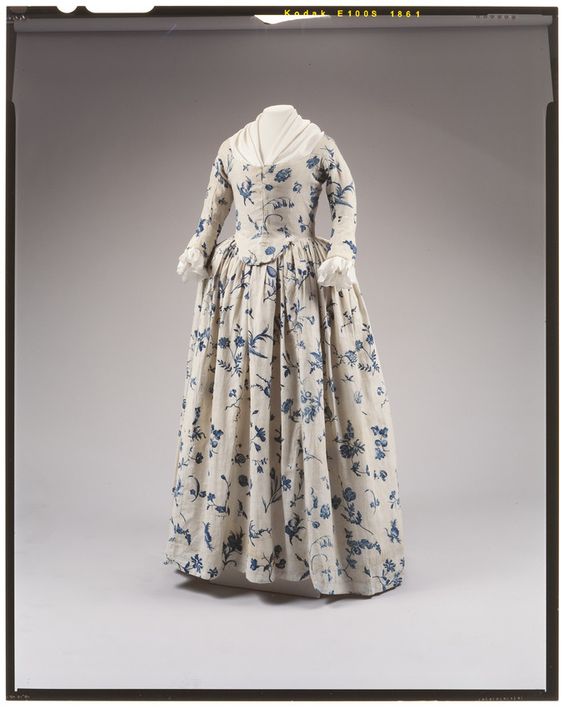 One of my all-time favorite dresses is this red-ground chintz one. 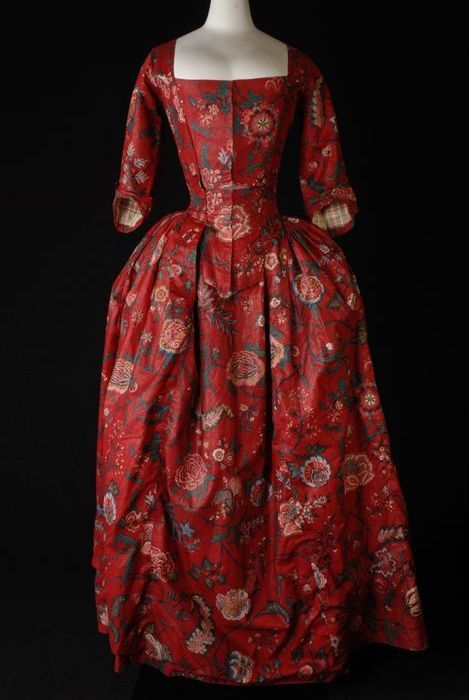 There’s also patterned silks. This is another fancy silk example. 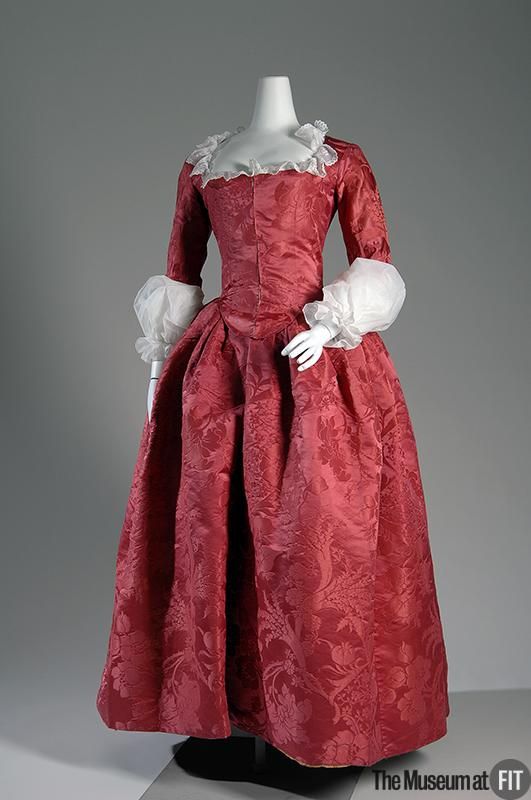 And a ‘plain’ silk one. I love the styling with the belt on this one, and I’m thinking of adding one to my dress as well! 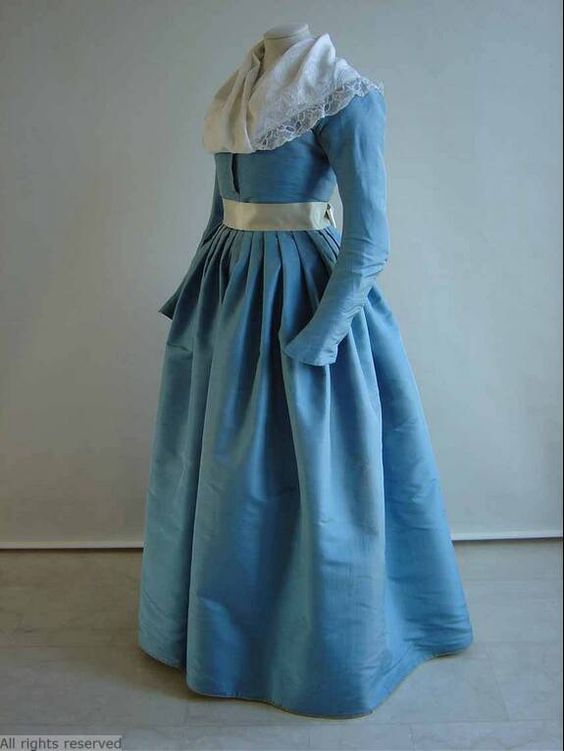