When looking through the Dutch collections, I noticed a couple of skirts with very similar stitching patterns. You have to look carefully, but they’re all just slightly different. All of these are also in different museum collections! Apparently, this was a popular design.

Below is one of the best photographed of the lot. Clicking will bring you to the museum page, where you can zoom in to see the details.

Quilted petticoats were very popular during the 18th century all over Europe. They gave more volume to a skirt than a ‘regular’ petticoat due to their thickness. They were also nice and warm due to the wool inner layer. Although they went out of fashion at the end of the 18th century, some regional costumes in both the Netherlands and France kept them. This might be one of the reasons so many of them survive in the Netherlands. Another possible reason might be that there were some Dutch regions where the jacket/petticoat combination was worn more than full gowns, even for the middle upper classes. More use for pretty skirts! 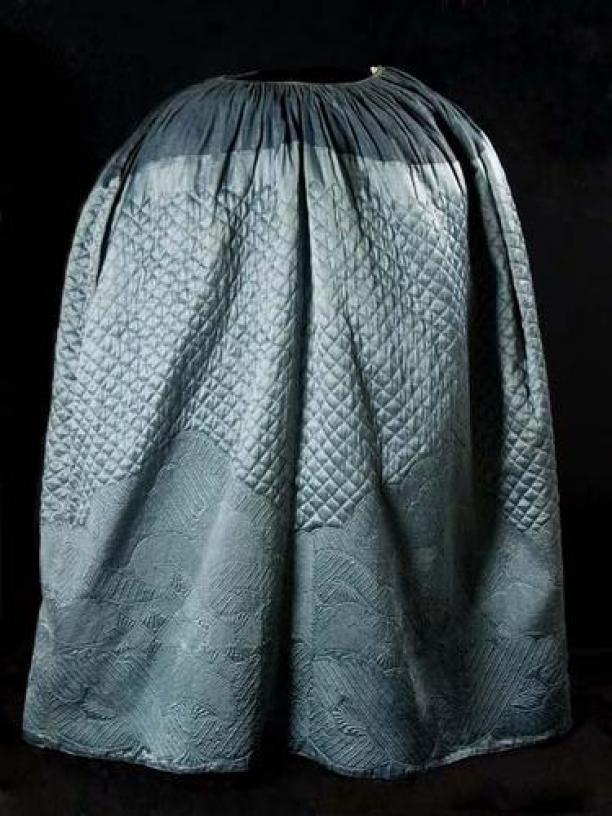 Very similar to the first one! But this one has a small yoke at the top.

Many existing petticoats are of silk satin, with a wool inner layer and lined in linen. You see linen, cotton and wool examples as well though. The stitching is incredible to see up close, I’ve seen some originals and the workmanship is amazing. These petticoats would’ve often been made by specialist stitchers, a newspaper from Friesland mentions the move of such a professional lady in 1762 (https://www.modemuze.nl/blog/winterwarme-rokken-0). 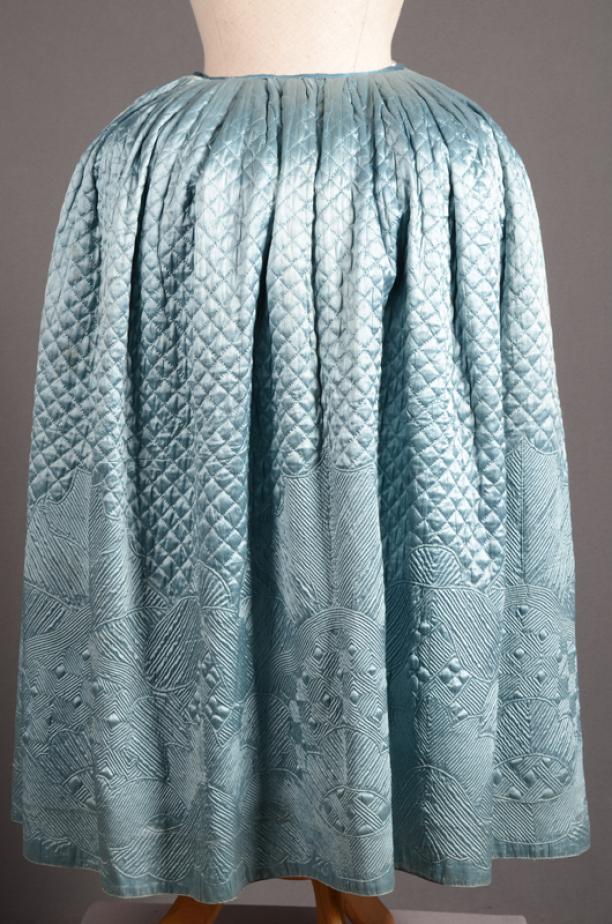 Nope, it’s not the same! See the little singular diamonds in the bottom pattern? Those aren’t there in the other ones.

I know that at least in some of the examples, the technique used was different from what we’d call ‘quilting’ nowadays. Instead of a layer of wool or flannel put between the outer and inner layer, wool threads were pulled through the stitched channels afterwards. This technique is called matelassé in French, and ‘Zaans stikwerk’ in Dutch, after the region where it was found a lot. I suspect that in these petticoats, the bottom part might be matelassé work. 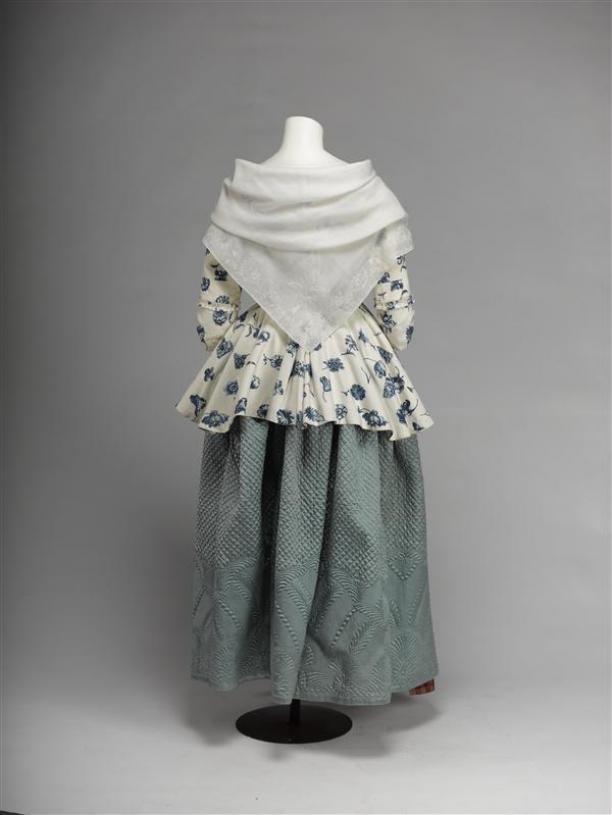 Yet another one! This one is display with a chintz jacket, showing how it could be worn.