This spring, I went to a market of the ‘Nederlandse Kostuumvereniging’, or the Dutch Costume Society. They’re an organization which brings together lovers, wearers and collectors of both traditional and historical costume. They organize a market every year, and this was the first I attended. There were loads of beautiful things, and I ended up buying an almost complete traditional costume from the Veluwe, an area in the mid-east of the country. The pieces were sold by a museum, so I suspect they have too much and were getting rid of those pieces not in perfect condition. Even so, they were beautiful, and so cheap that I couldn’t resist. I now almost have the complete costume as well, so it can (sort-of) stay together.

The costume is quite dark, being all black with a white collar and cap. It consists of an underskirt (which I don’t have), a skirt, an apron, a jacket, a collar, a black under-cap and lace over-cap. The costume I have is for heavy mourning, which shows only in the fact that the cap is not made of lace, but stiffened cotton and that the collar cannot be of ‘open’ lace (so no holes, but embroidery is allowed). Traditionally, a necklace of coral would also be worn with costumes like this.

It all started with the jacket, which I saw and loved and fitted perfectly. 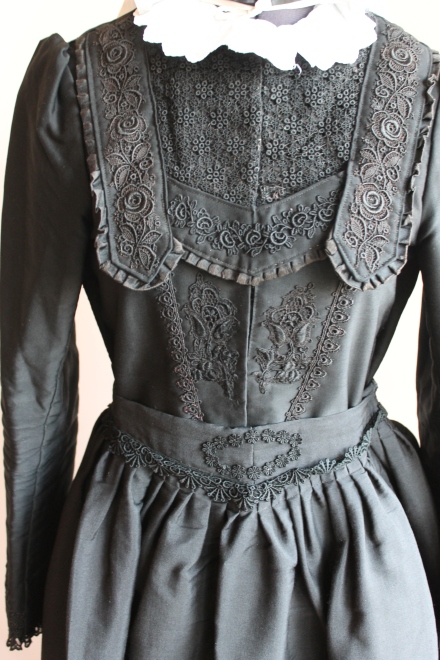 It’s probably from the earlier half of the 20th century, and all the details are lovely. The lace is a little broken at the sleeve, but I can fix that.

The apron is pleated at the front and decorated with more lace at the waist and hem.

The skirt needs a little fixing at the hem, but nothing too much. (And this was the only skirt they had which fit me)

The under-cap is plain black and was meant to protect the lace cap from wear and hide the hair under.

The cap I own is of very thin white cotton. It has an upper and lower part, the upper part being plain. The lower part is pleated in soft pleats and stiffened to keep its shape. Around the front there’s a metal wire with more cotton pleated very tightly on top. 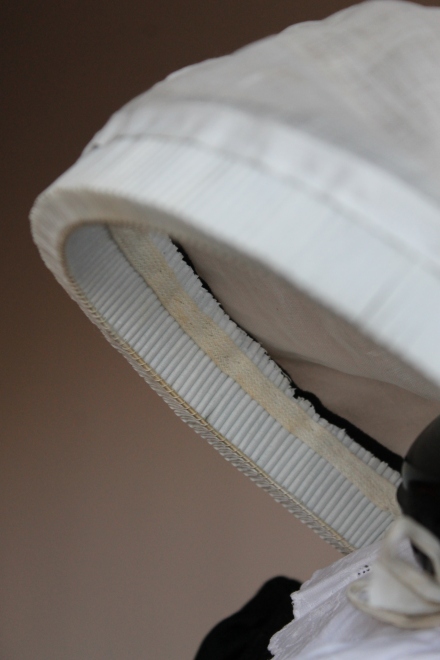 In light mourning, a similar cap would be worn, but with the lower part unstiffened. Out of mourning, lace was used. A regular cap: 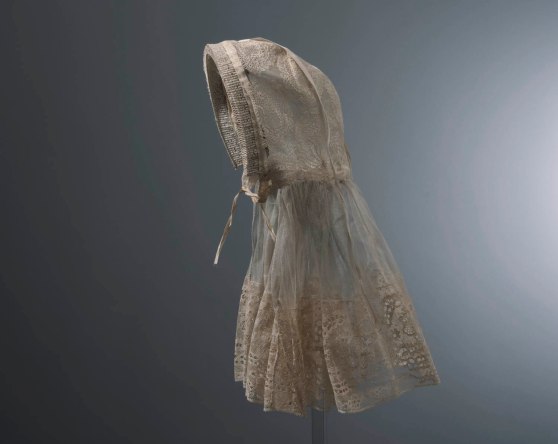 The costume is not worn on a daily base anymore, but there’s some women who still wear it to church and special occasions.

Despite it being so black, I really love it, especially the jacket is lovely with all it’s intricate details.

One lovely lady from the area who still wears it occasionally: