In the early 1950’s, the Dutch open-air museum acquired a large collection of traditional costumes from all over the country. In many places these costumes were quickly disappearing and a previous collection had been largely lost due to the war. Most of the collection is rarely brought out today, it remains in storage. A real shame, because there are so many lovely items there, but the museum chooses to have no permanent exhibition. At the same time, between 1948 and 1952, artist Jan Duyvetter made a series of about 140 colored drawings of traditional costume in the Netherlands for the same open-air museum. This series consists of many different eras. Most of it is of ‘current’ costumes, so the 1940’s. Some are of the 1910’s, some of the 1860’s, etc. There are also a couple of drawings of the 18th century, and even one based on paintings of a 1600 lady. These prints are truly lovely, and I especially love the older ones. This is one of my favorites: 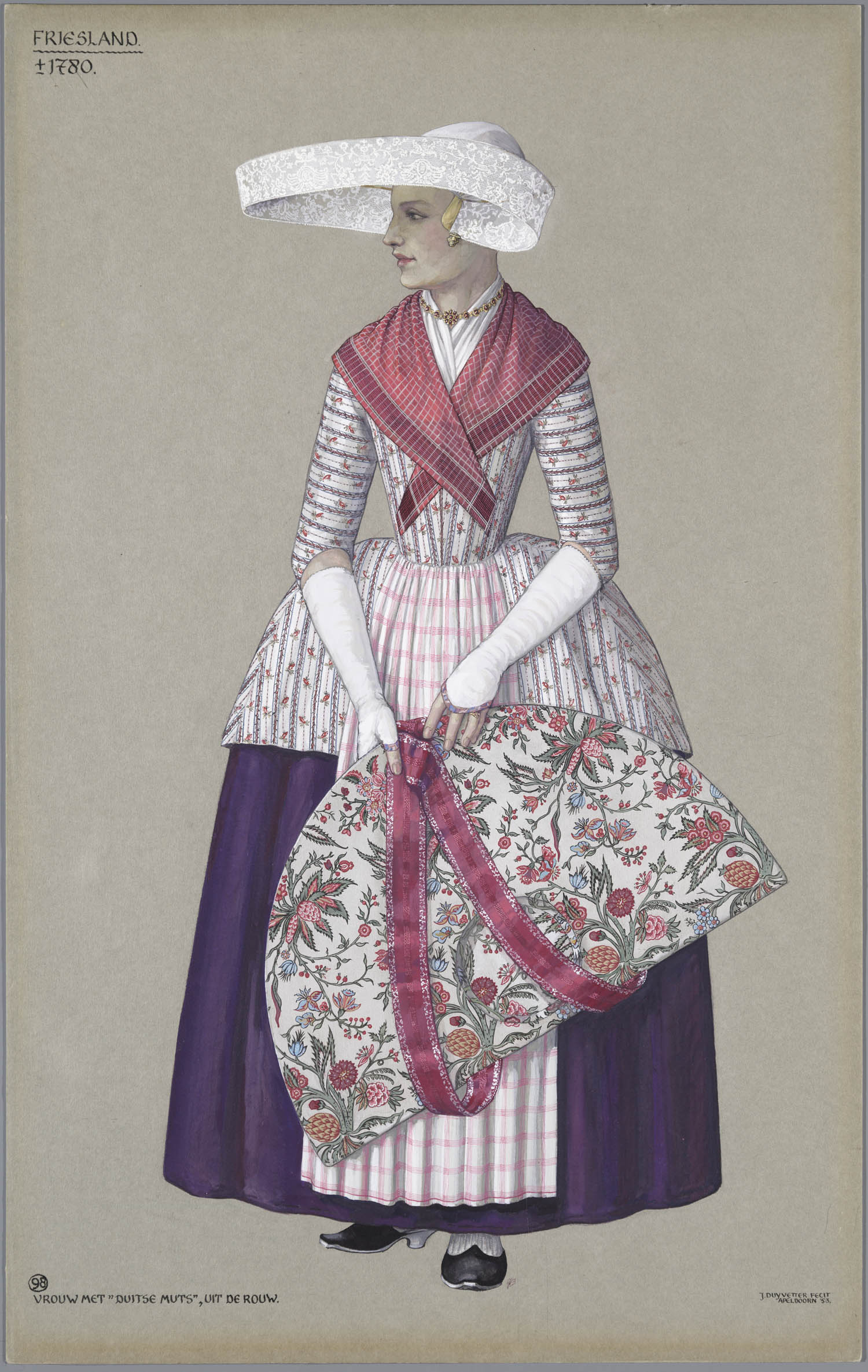 This costume was from the north of the country, from Friesland, around 1780. The general silhouette is clearly taken from the daily fashions of the time. A conical shaped torso, and a wide skirt with even what seems like small panniers to give the characteristic 18th century hipline. The jacket and skirt are also seen in many areas at this time, plain and flowered fabrics. The checkered apron is not something I believe is common in many other areas. In traditional costumes, an apron is almost always included, even in clothes worn on sundays and to church. The checkered cloth around her shoulders is also found often in traditional costume, red being worn when out of mourning. The large sun-hat she is holding can be seen in fashion as well, although the shape is typical. The chintz fabric was very popular at that time, but even more so in the Netherlands than some other countries. The most noticable part of the costume is, of course, her headdress. This type is called a ‘German cap’, and made out of lace. Underneath, a metal (gold or brass usually) ‘ear iron’ is worn. Taken all together, it’s a very striking costume.

What I really like, is that out of the collection of existent garments of the open air museum, one could dress a dummy in almost exactly the clothes as seen in the drawing. So although this is not a photograph, it is strongly based on existing garments (and paintings of the time). In the remainder of this post, I have collected some images of these garments (the collection is largely photographed and online at http://www.hetgeheugenvannederland.nl ). These garments are, as far as I could tell it, what the lady in the drawing is wearing, excluding underwear, because I can’t see from the drawing to make sure. (although a shift, corset, at least one petticoat and corset/bunroll seem certain)

So from top to bottom: 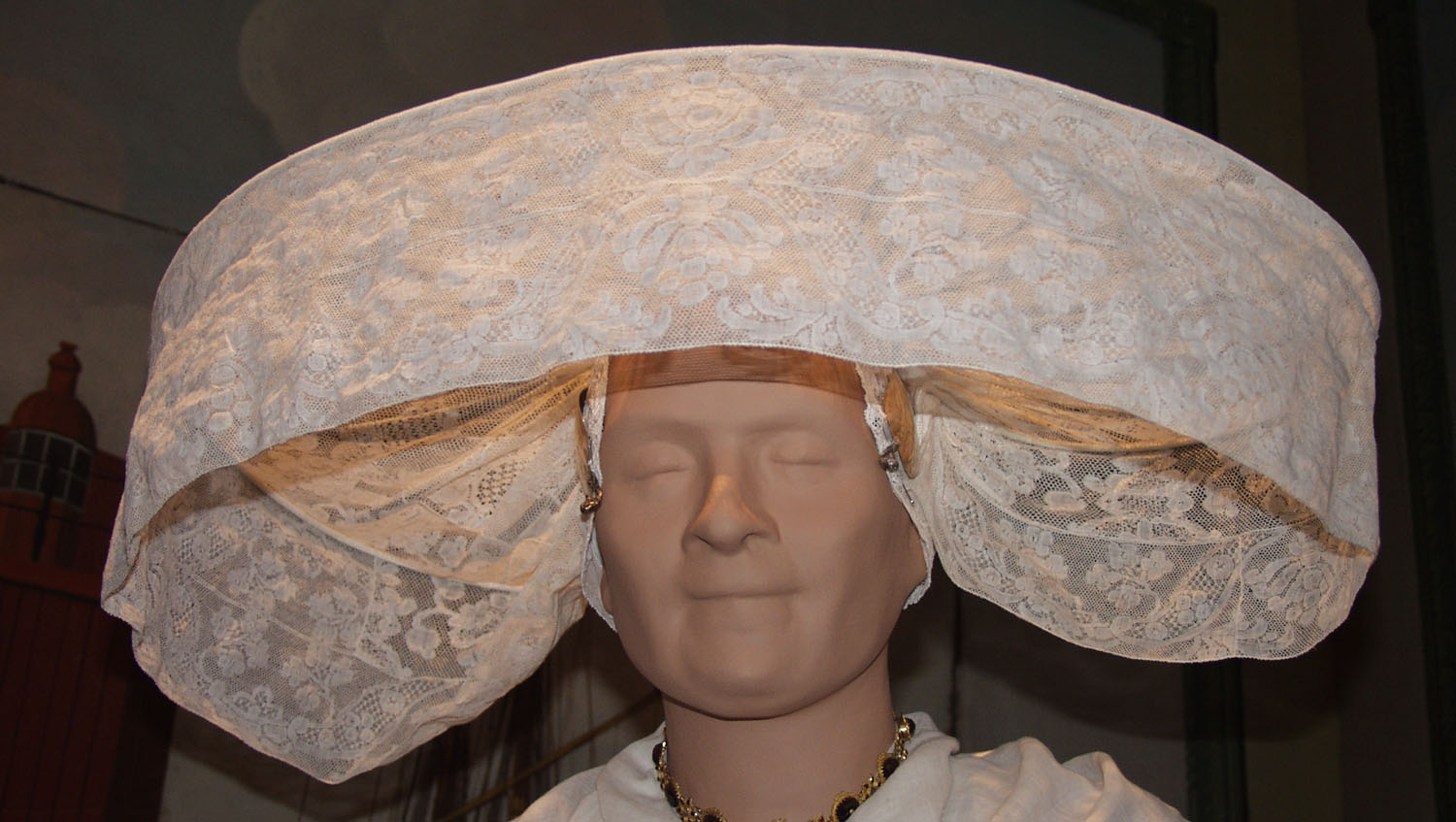 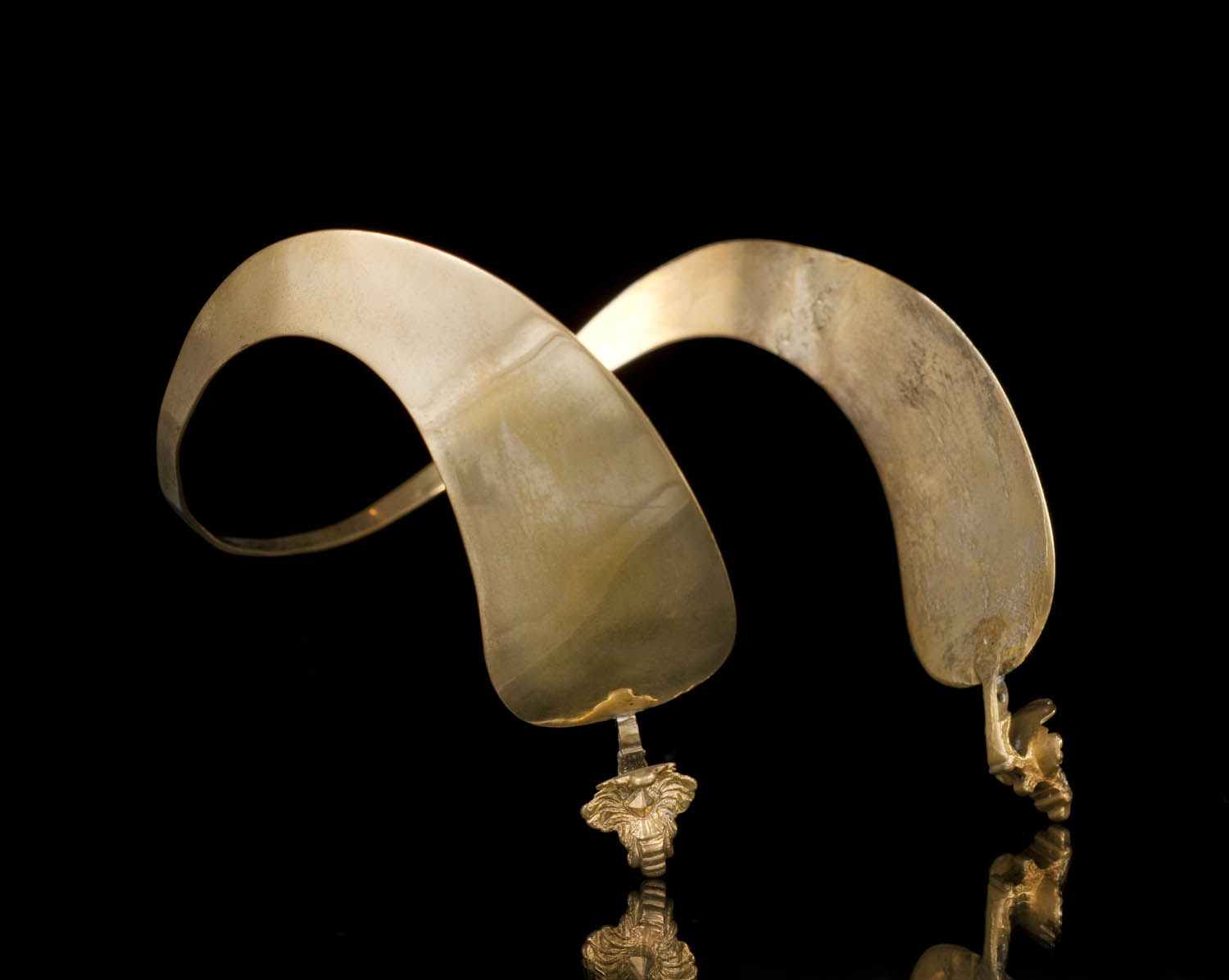 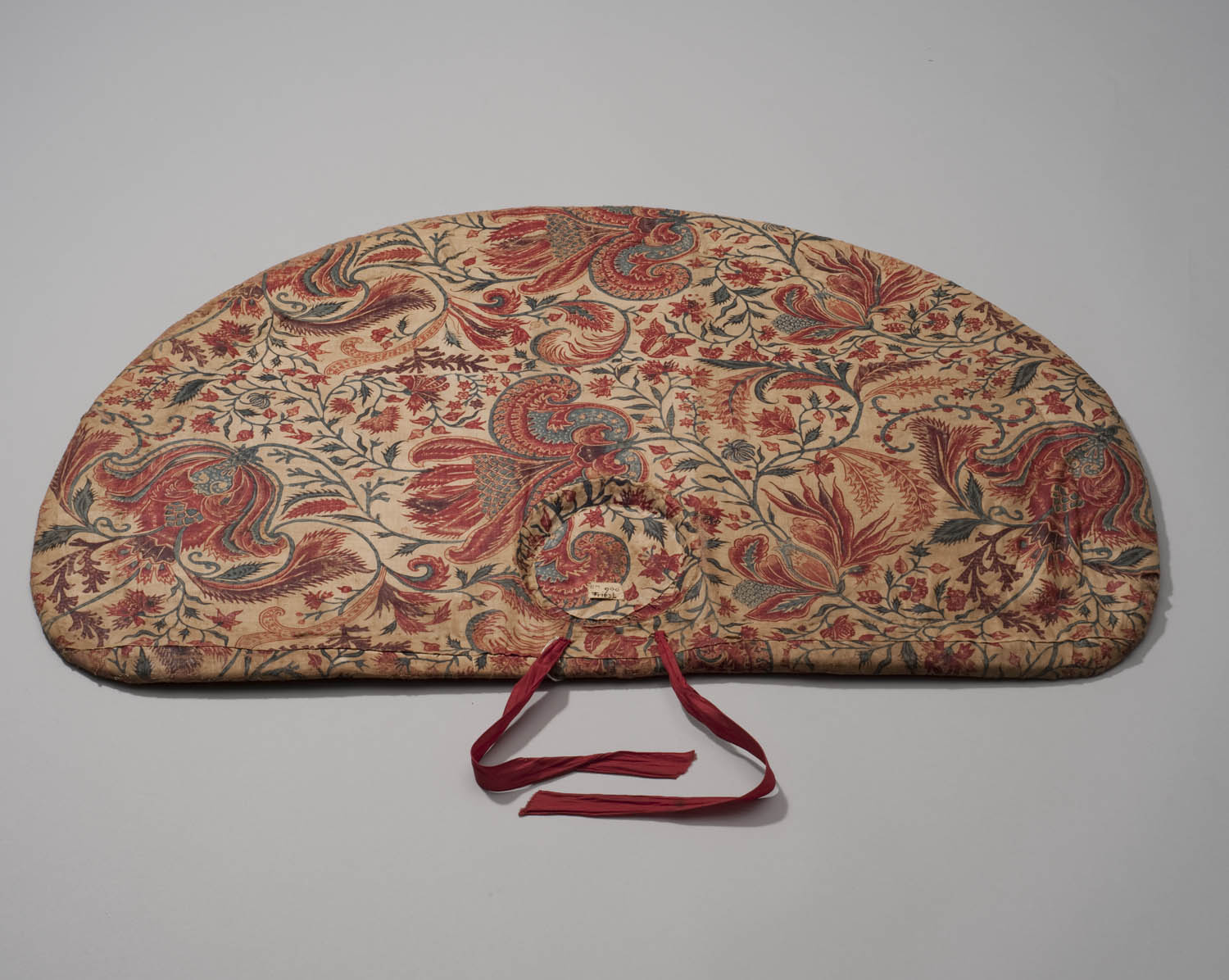 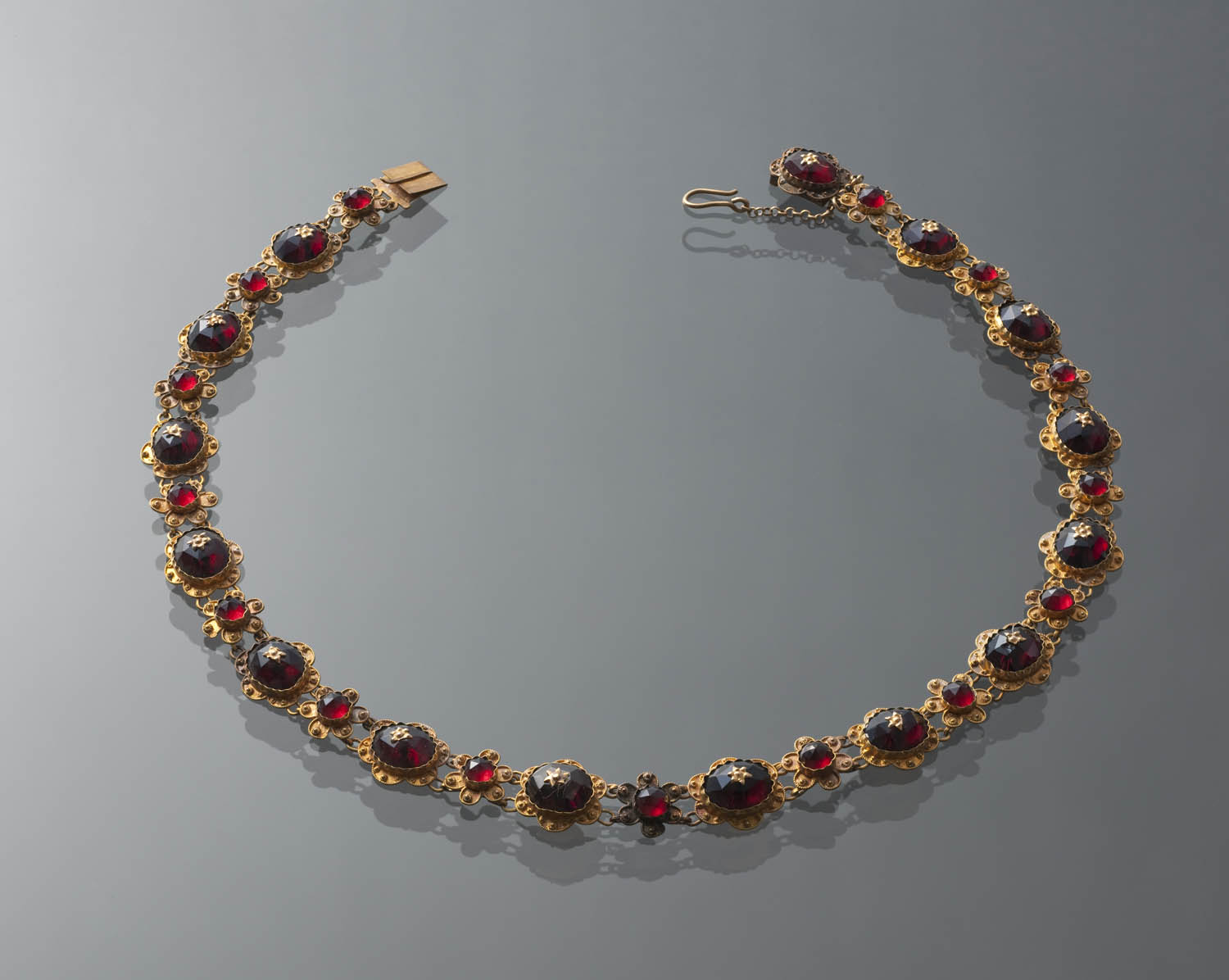 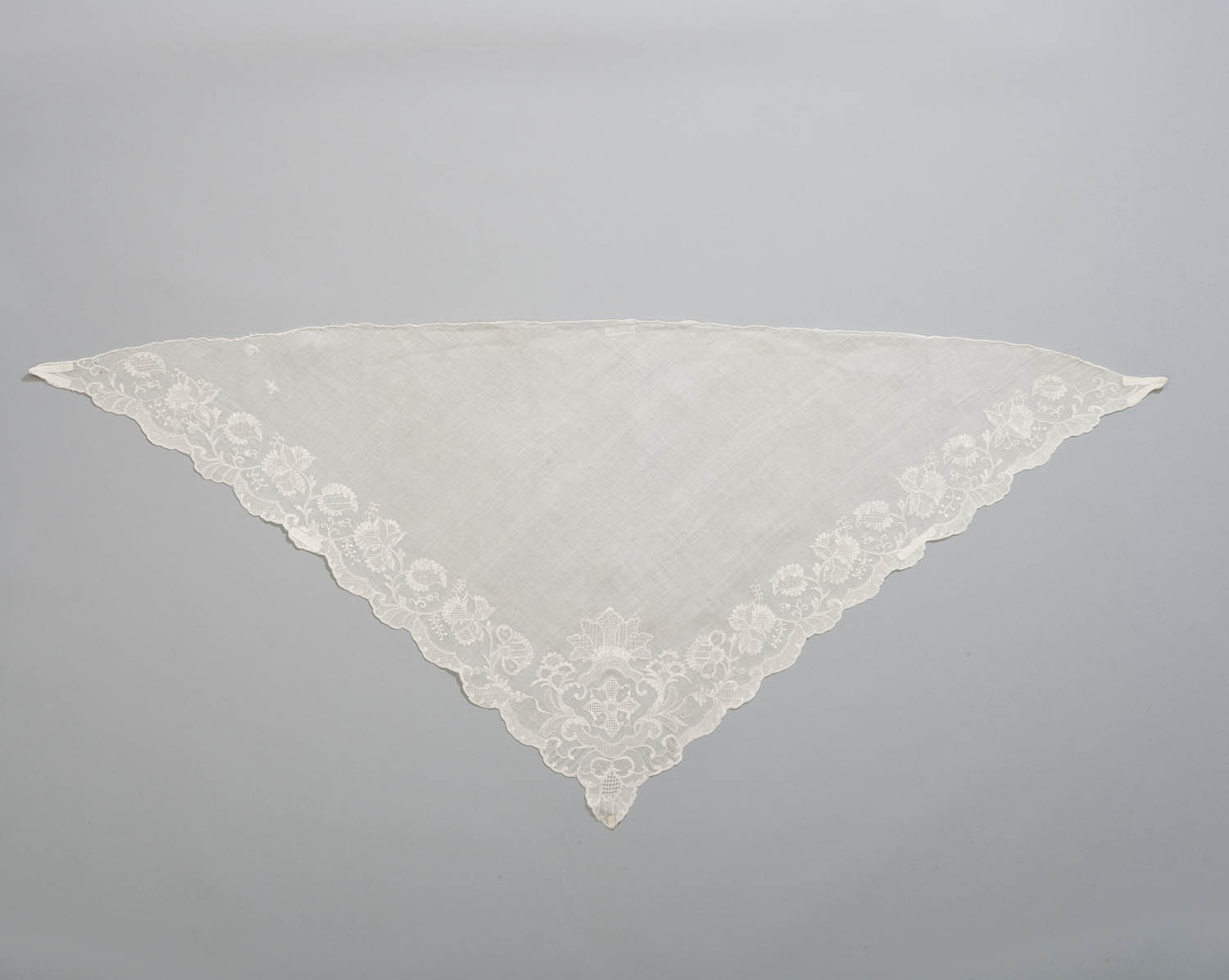 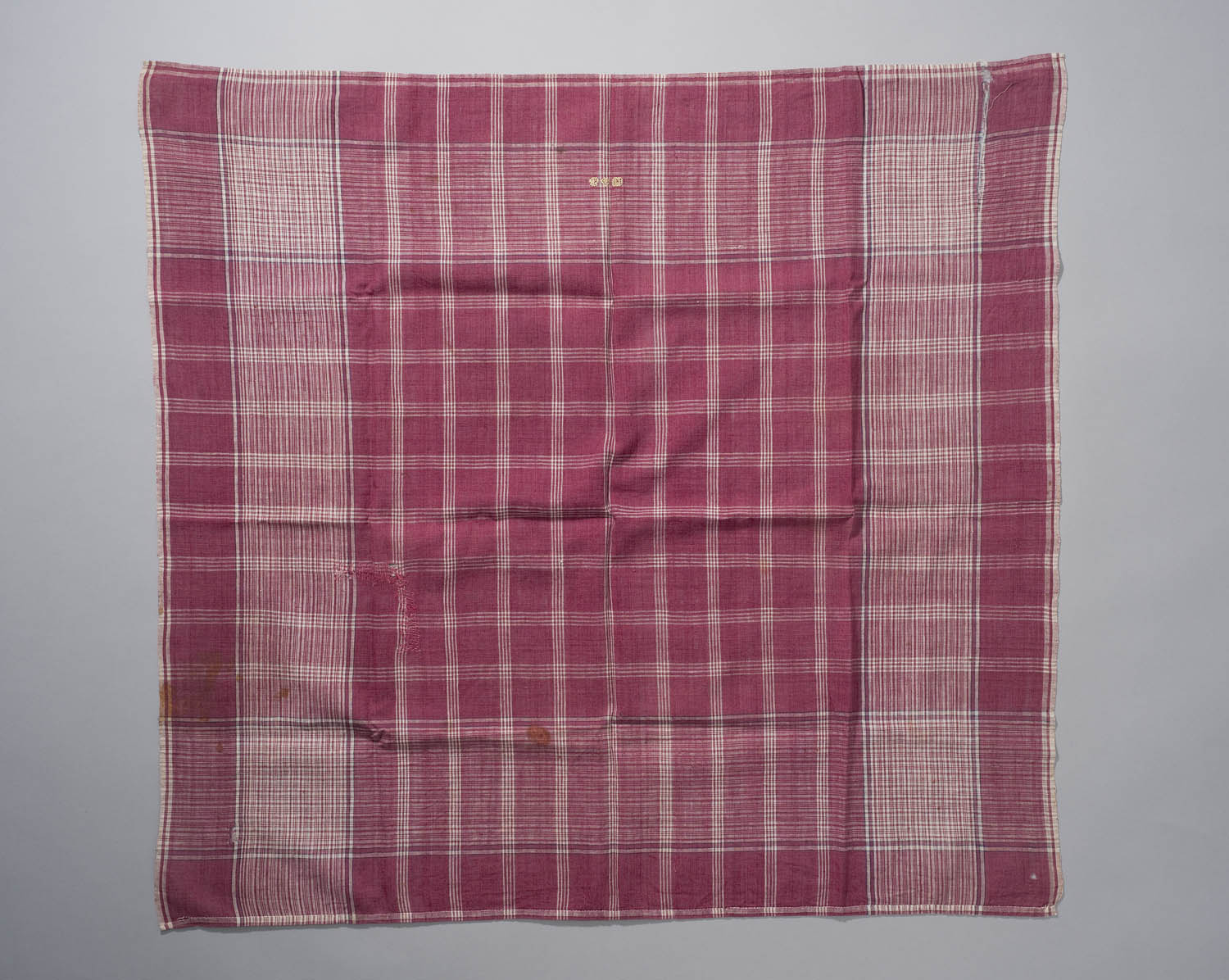 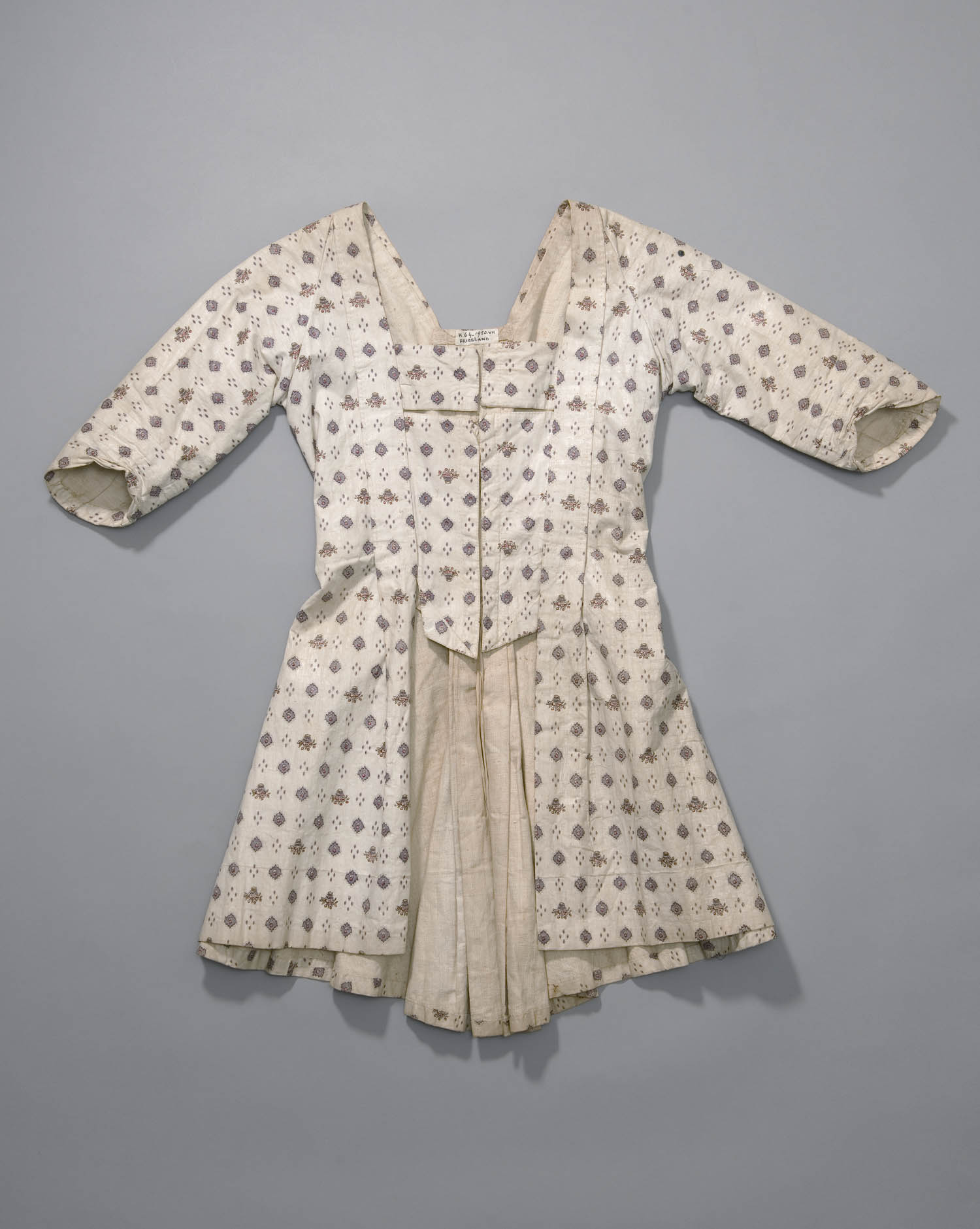 Jacket, as worn in Friesland 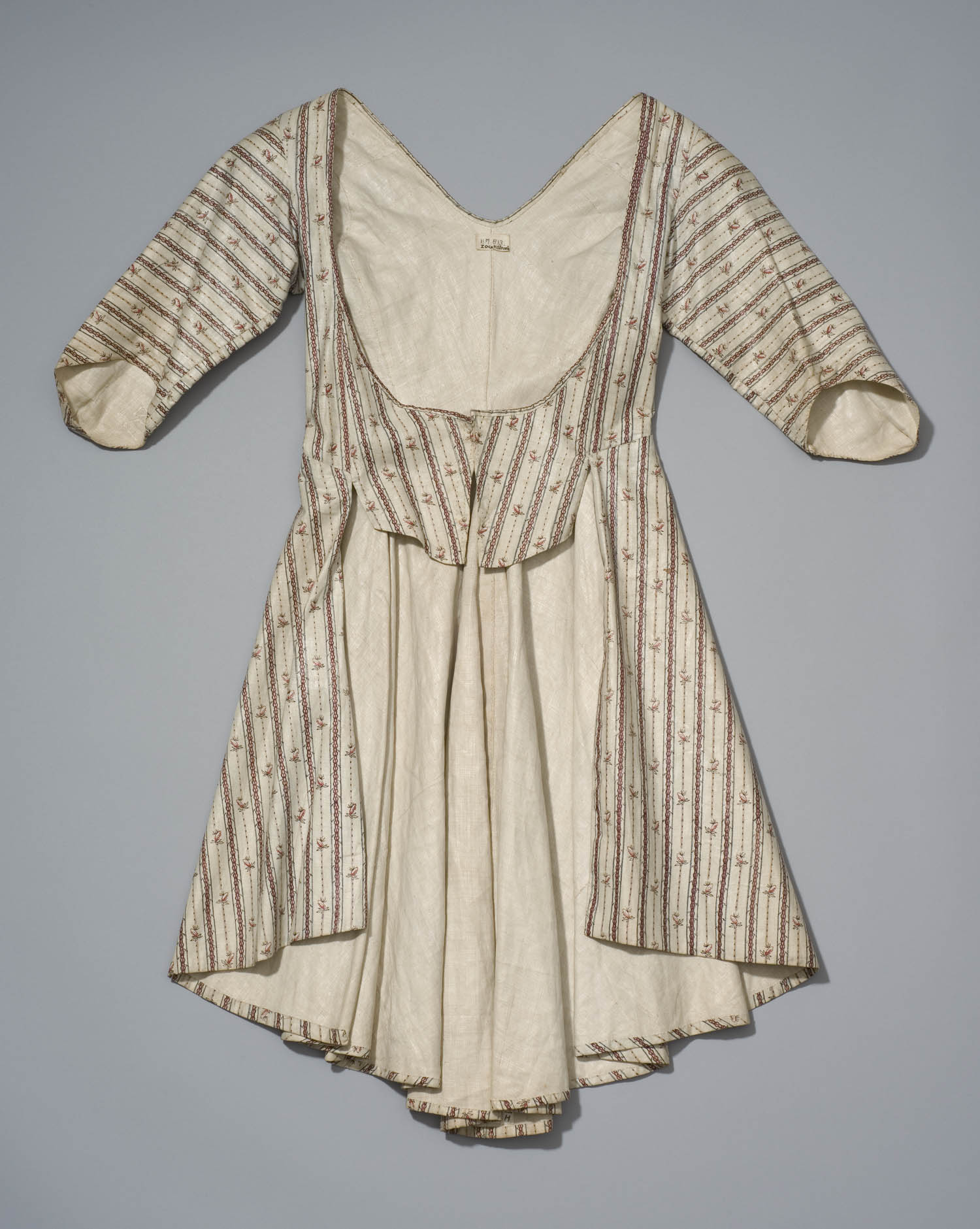 Jacket from the ‘Zaanstreek’ (not Frisian), but the fabric is very similar to the one in the drawing, so I wanted to include it. 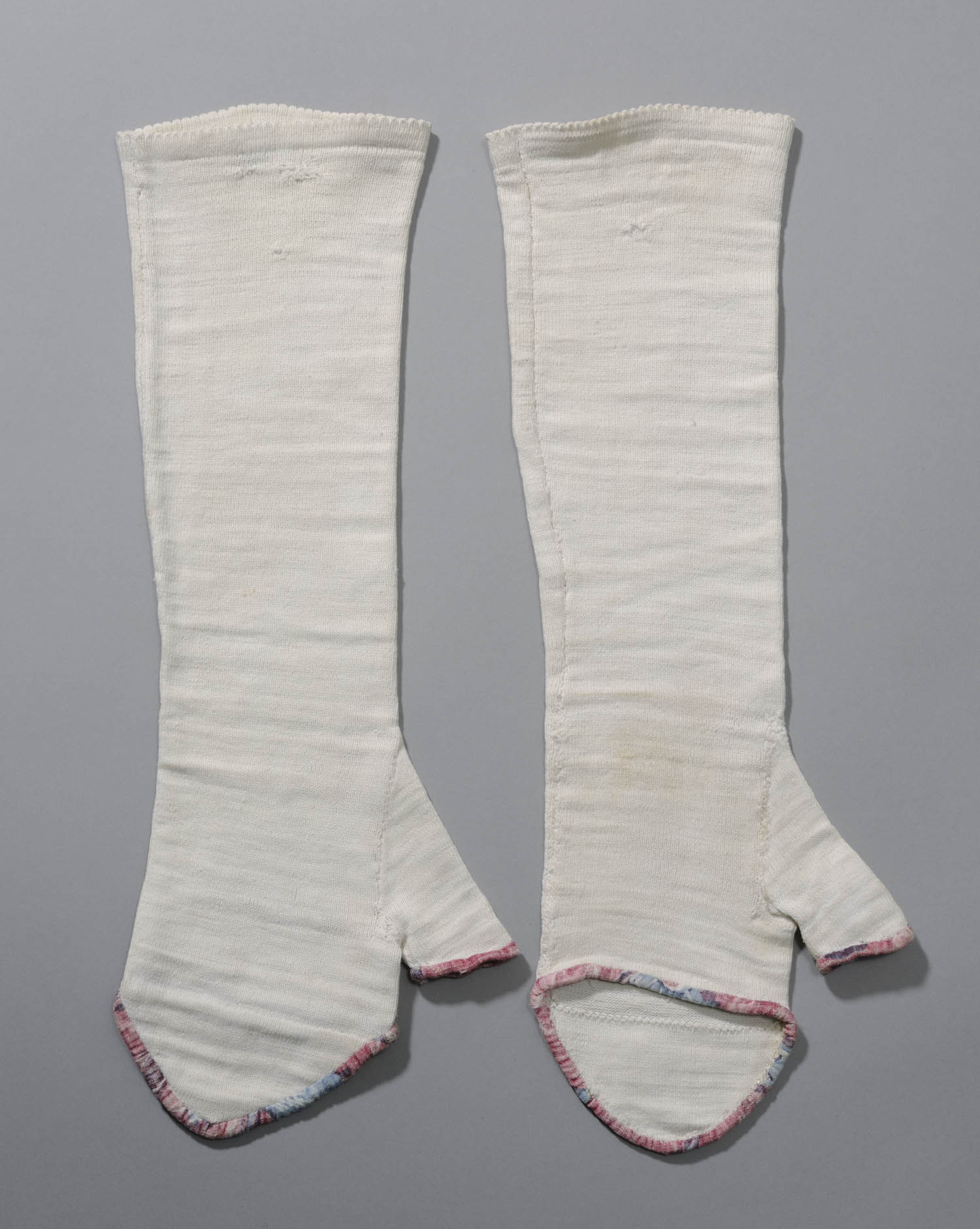 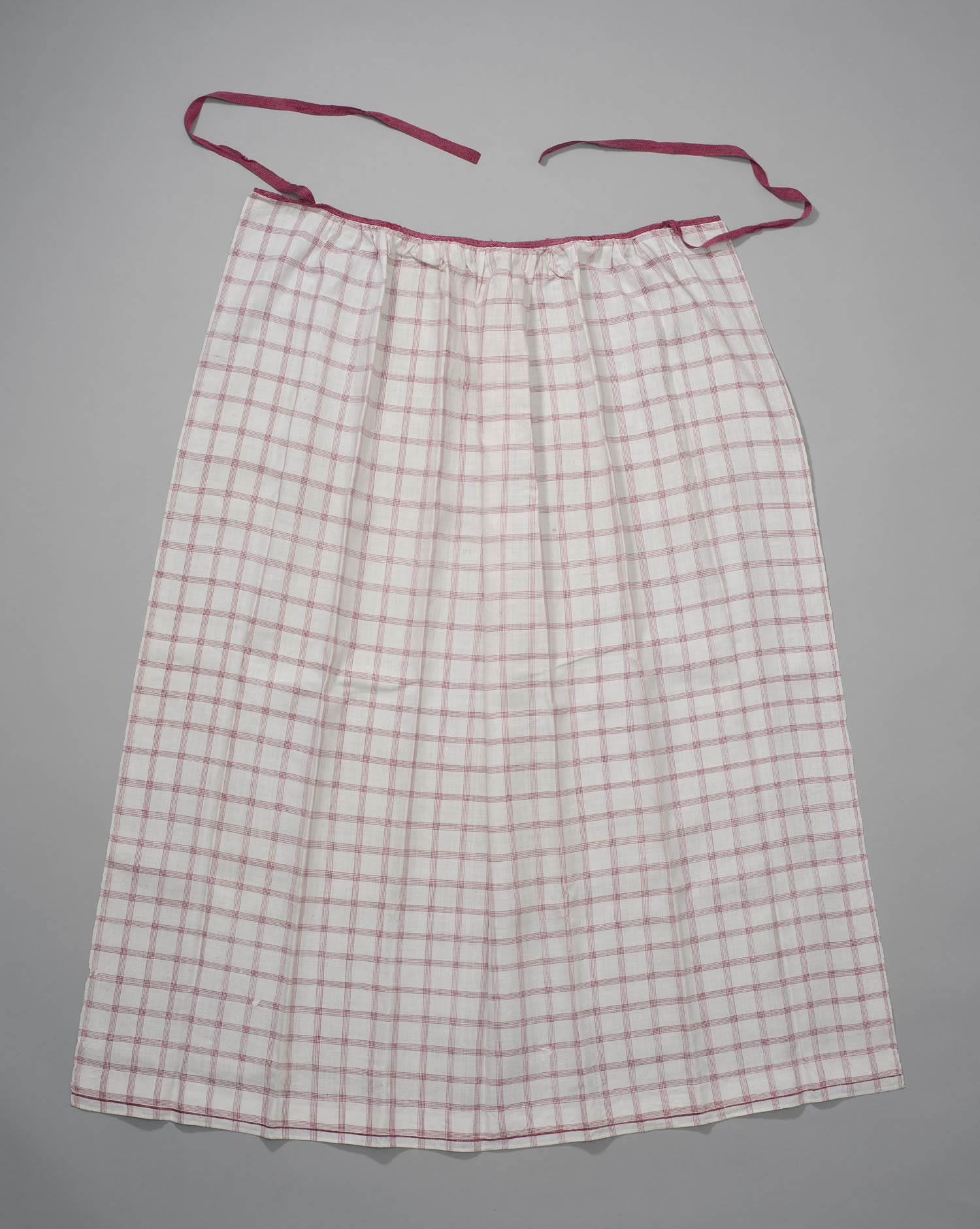 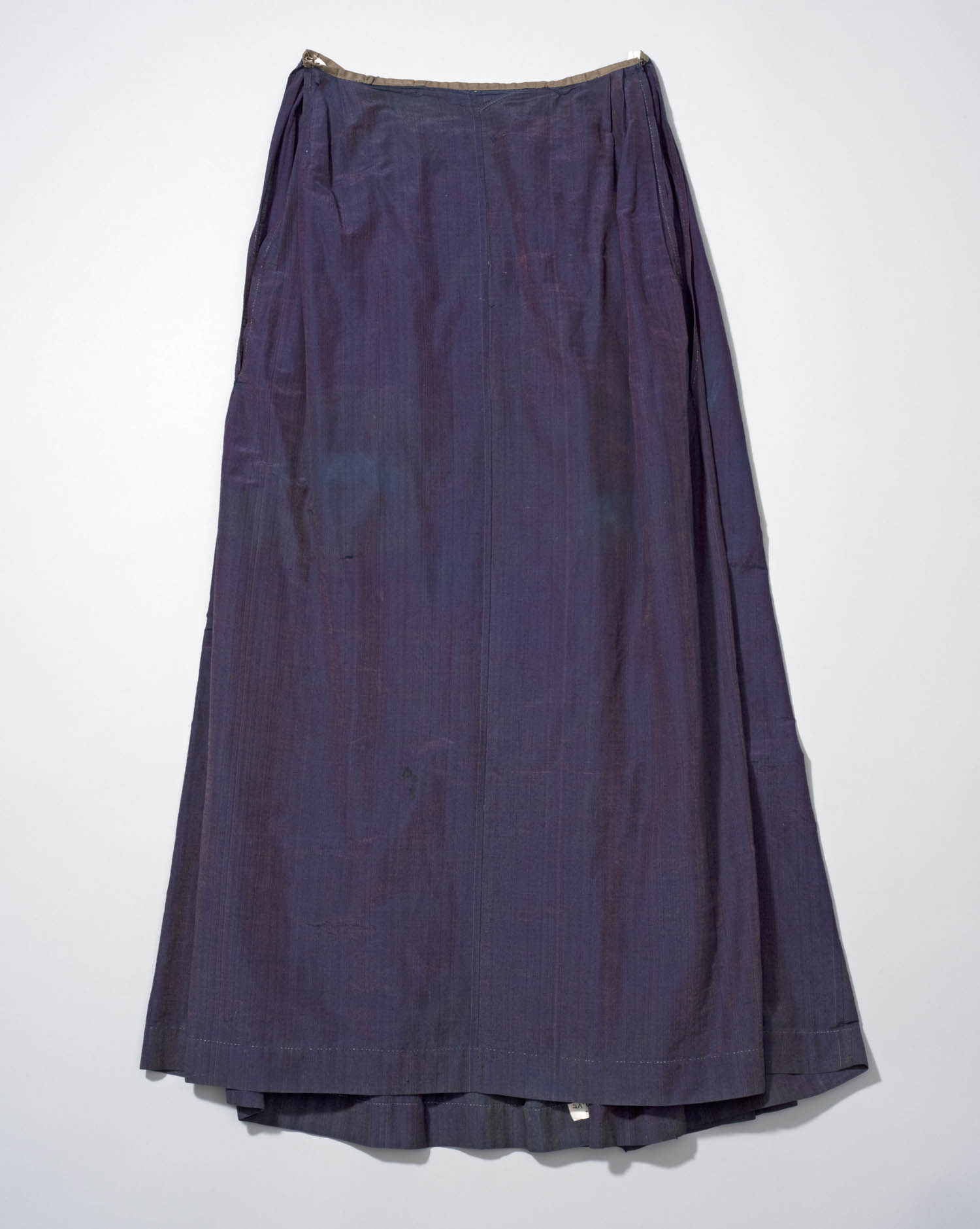 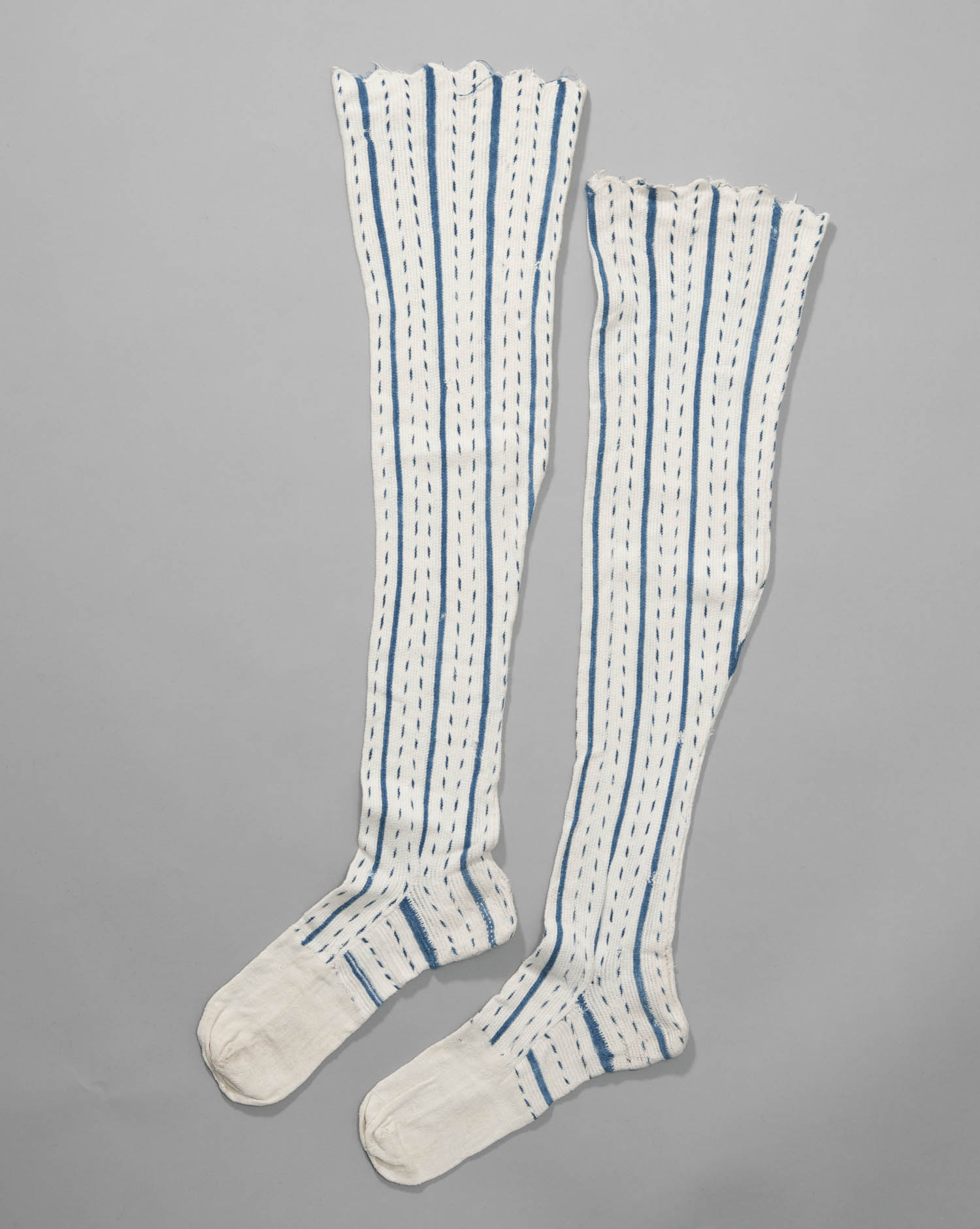 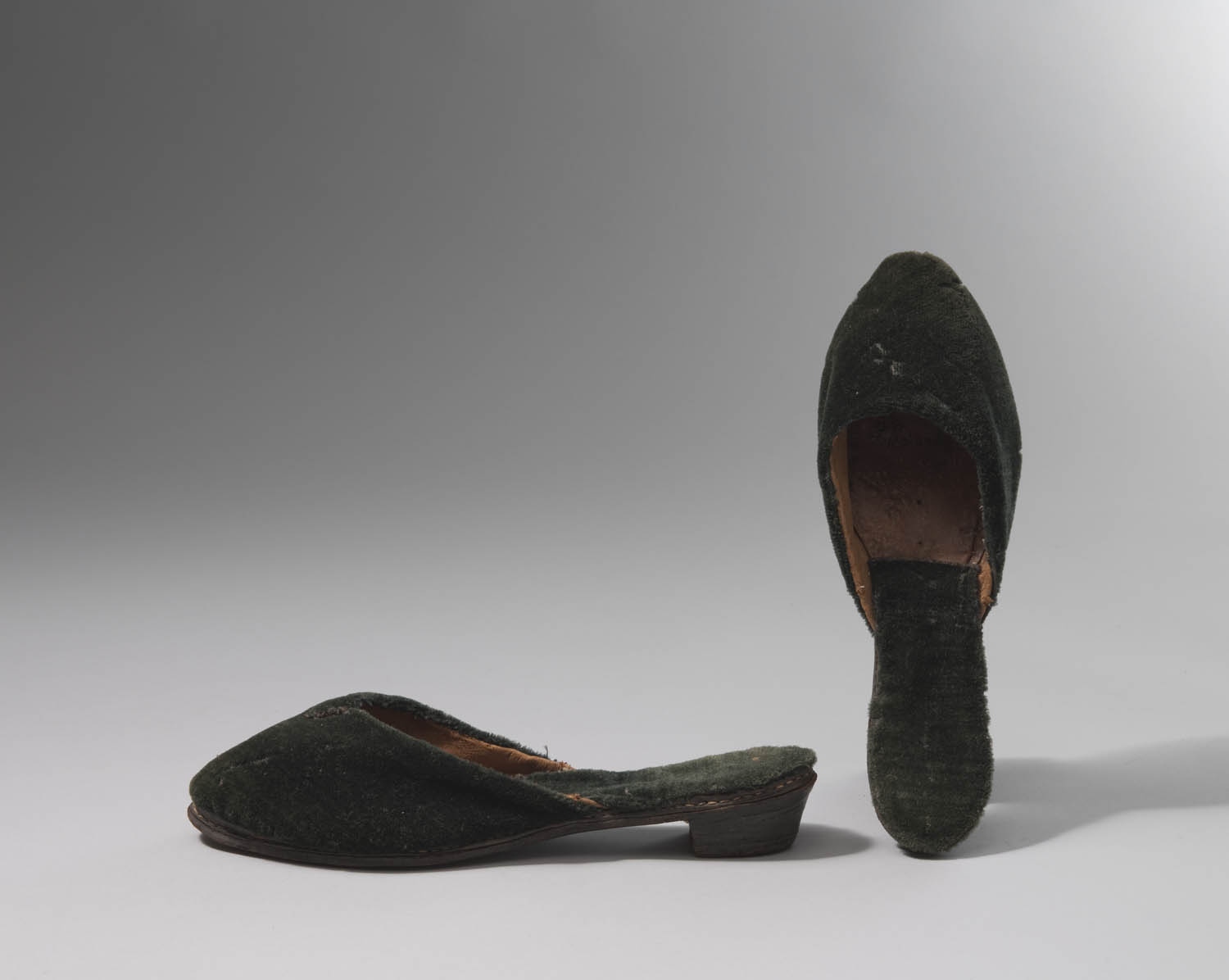