Arnemuiden is a town in the province of Zeeland, in the very South-West of the Netherlands. Most traditional costumes from this part of the country are known best for their elaborate lace headdresses, and the same holds for Arnemuiden. It is also one of the few places where the costume is still worn daily by a group of women.

Girls in the sunday costume for a special occasion

The costume consists of a black shirt, a colorful ‘beuk’, which is basically a shirt without sides or sleeves, a shawl-like garment of the same fabric, a white under-skirt, a black over-skirt and an apron (either black for Sunday or white/black patterned for work days). The headdress consists of a metal spiral piece of jewelry, a lace under-cap, a small blue cap and a large lace over-cap. The woman almost always wore necklaces made out of red coral and gold. Here are some pictures of the different parts of the costume: 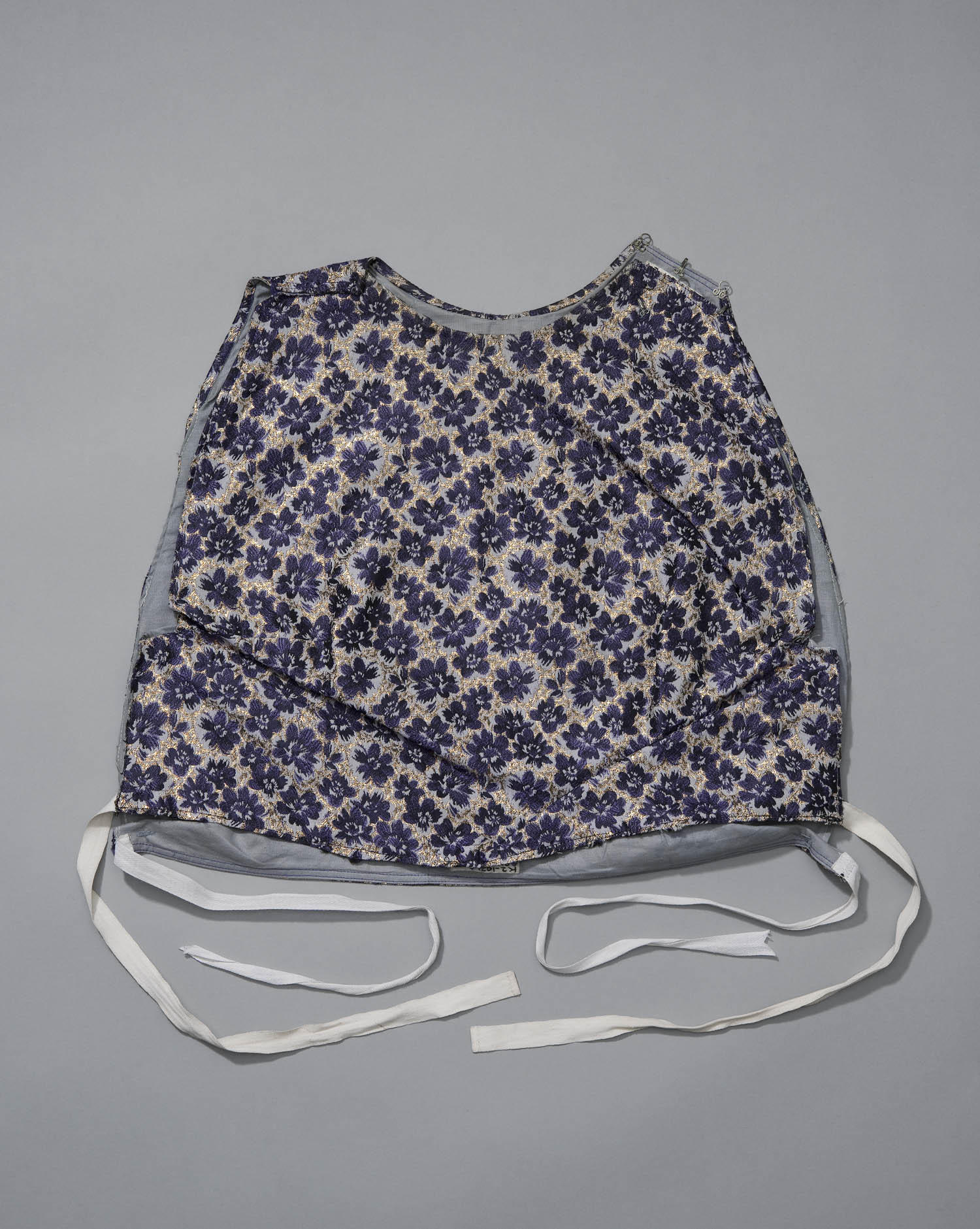 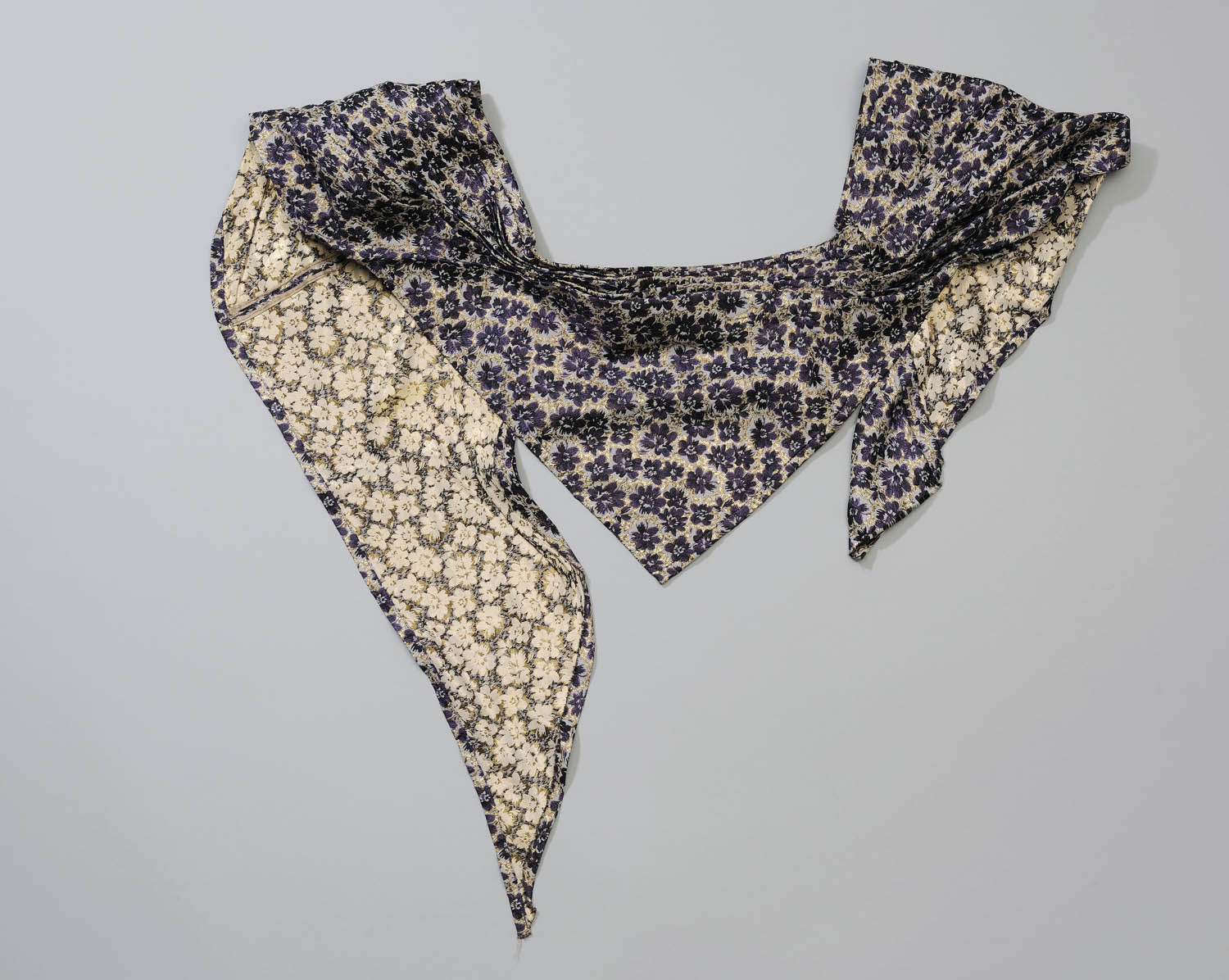 The shawl with the beuk. This would be worn around the shoulders, the front points tucked into the skirt.

A woman wearing the work costume, with the patterned apron and without the large lace cap. 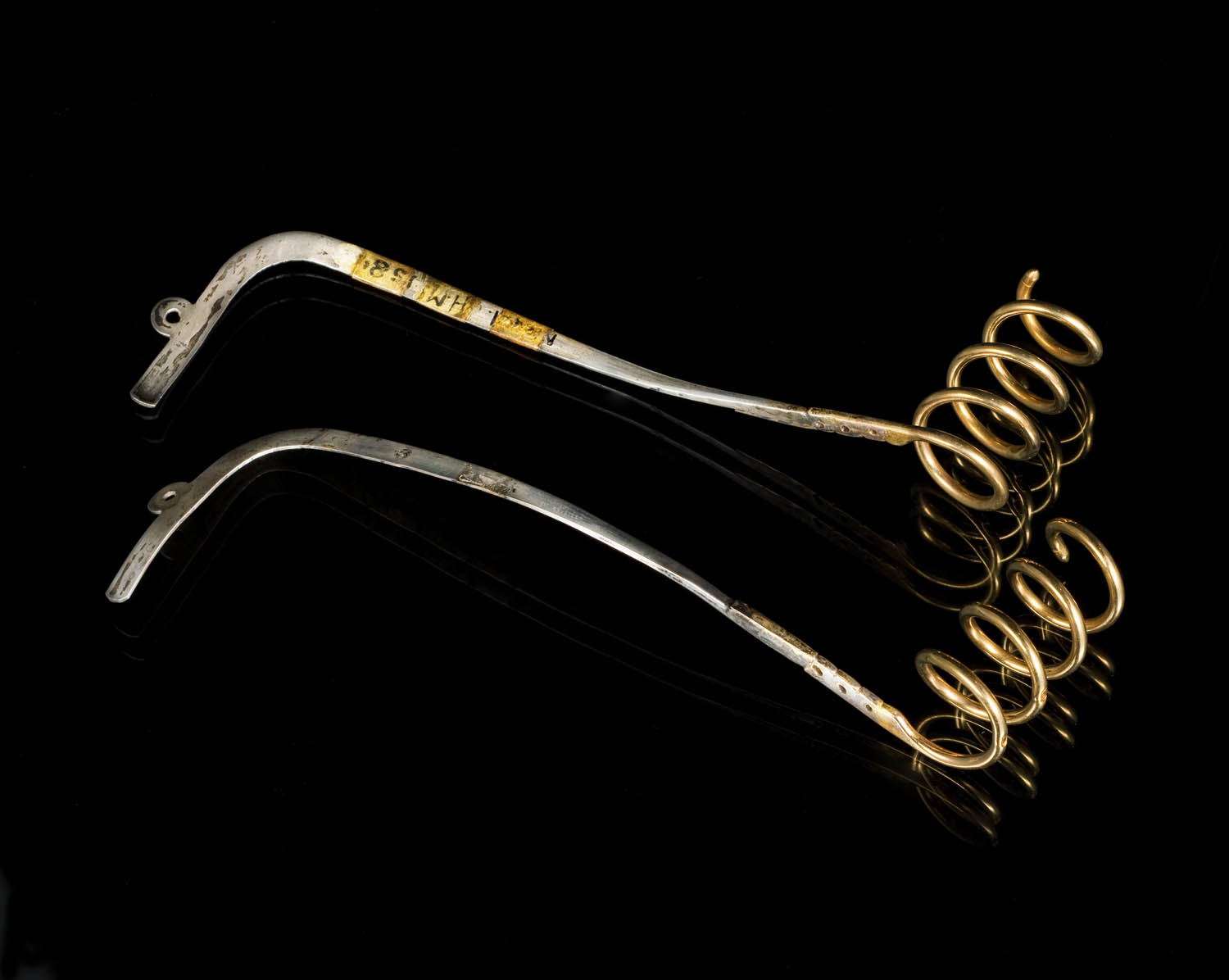 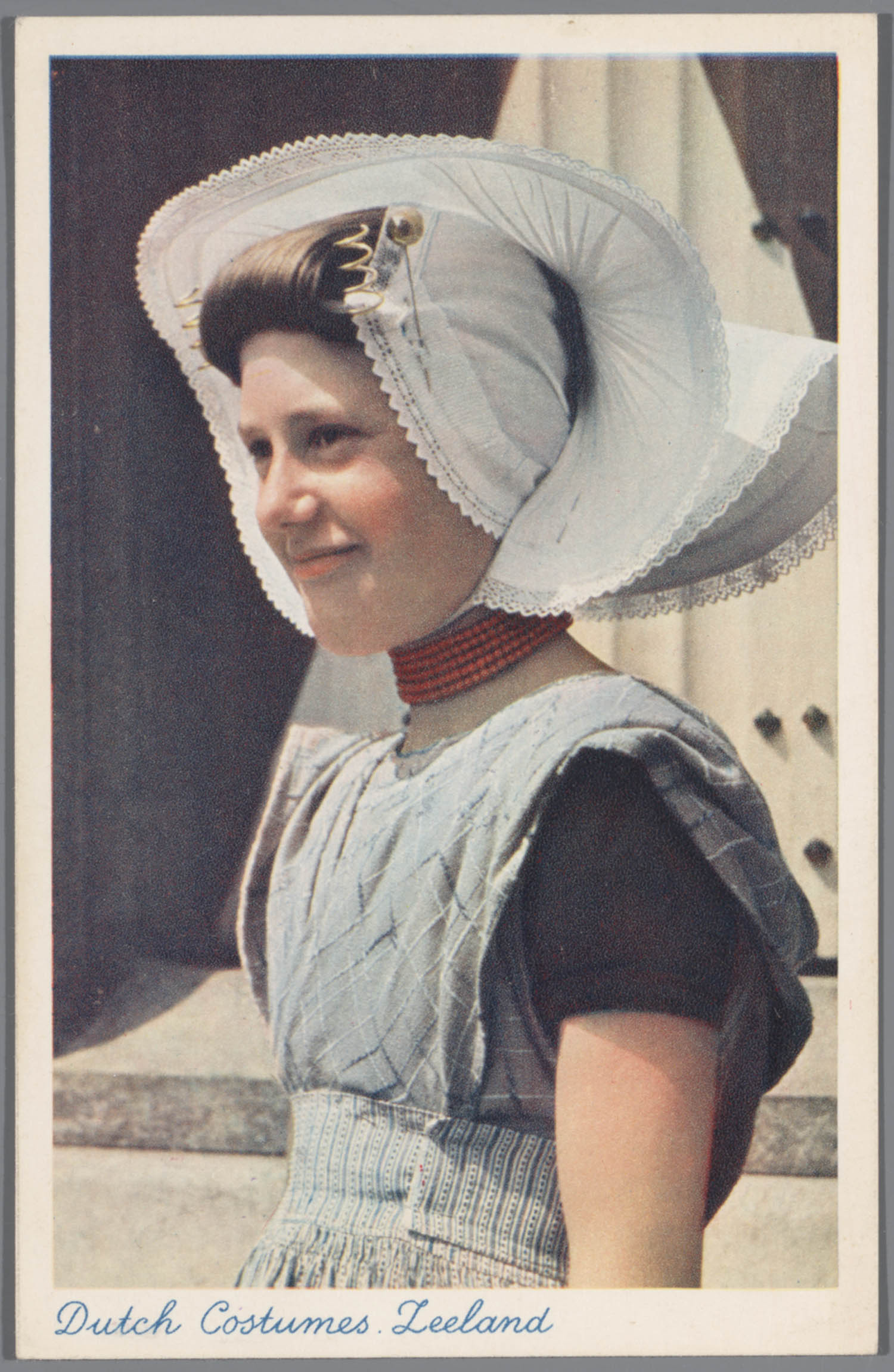 You can see both the under-cap and the large over-cap. She’s also wearing the oorijzers. The hair is rolled over a hairrat in the front to give it its shape. 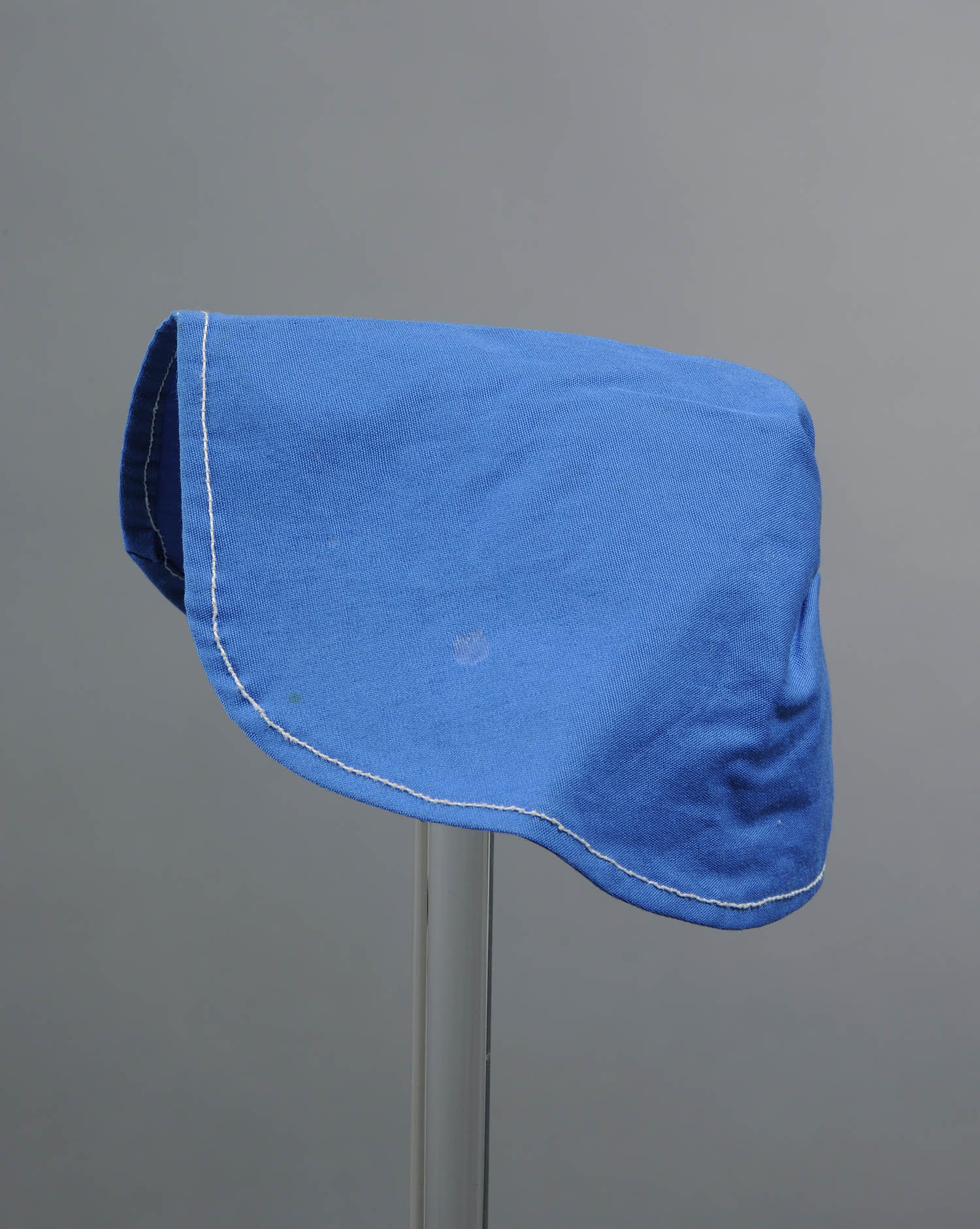 The blue cap worn between the under and over cap. 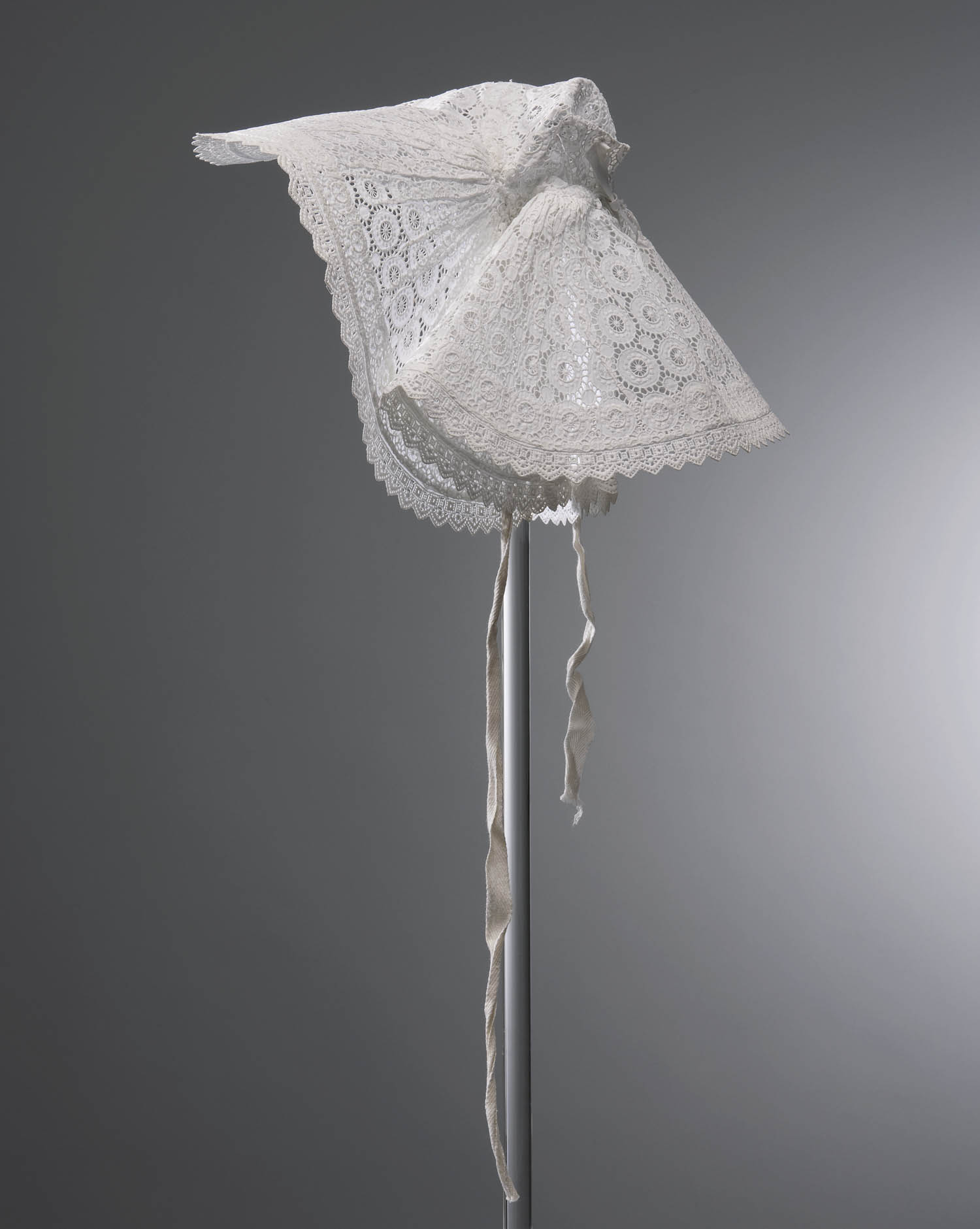 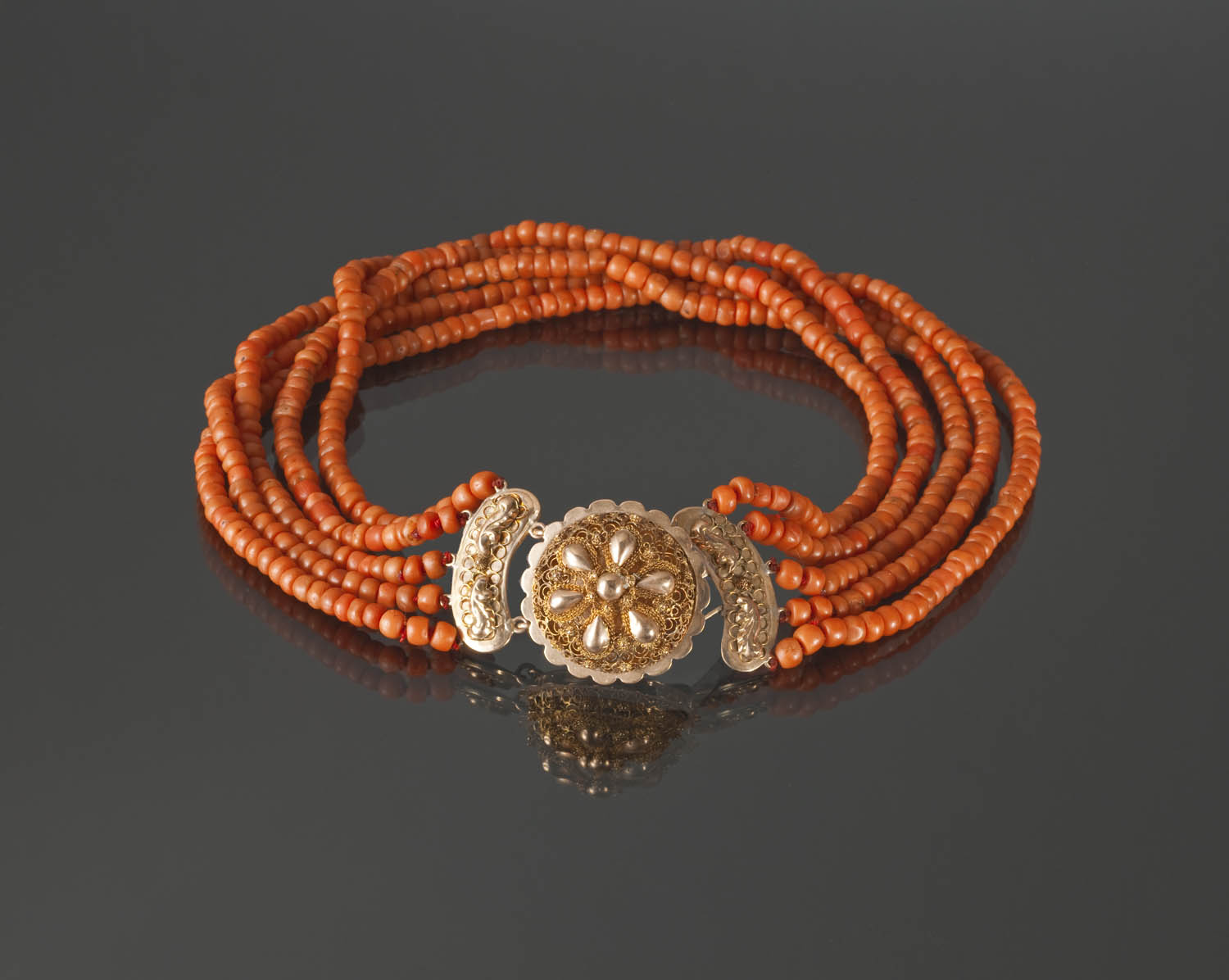 A traditional necklace of red coral. The more strings and gold, the richer the woman wearing it. 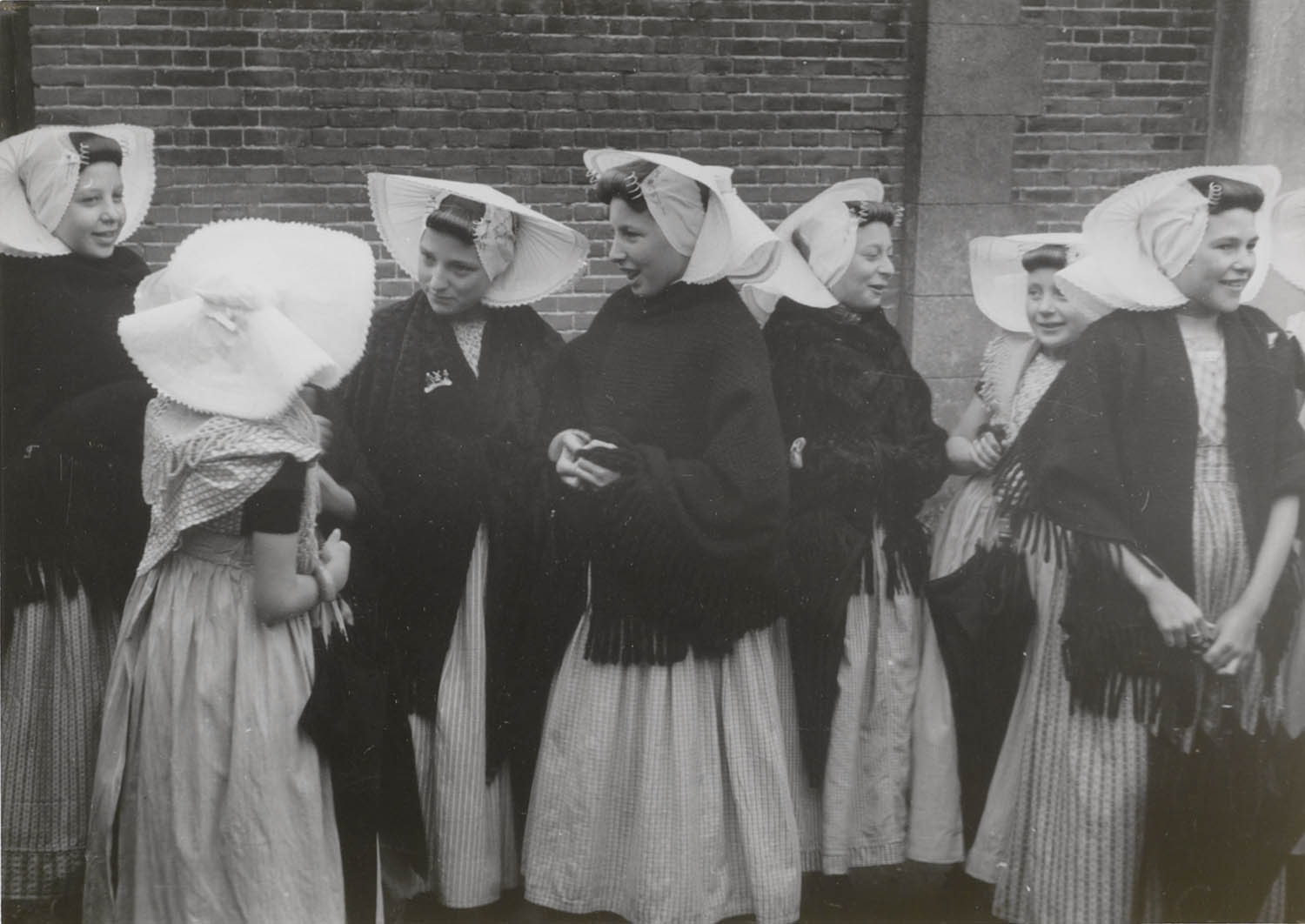 A group of women who still wear the costume daily. (Together with the people who made a book about them)